By: Fiona Rettie and Amanda Proulx

Late fall at the Broad River compound, this mother and cubs paid a visit to the trail cameras. At birth, cubs are about the size of their mothers paw and weigh less than 1 kg. They will become independent and leave their mother after 2 – 2 ½ years. (Photo Credit © University of Saskatchewan)

For 25 years, the world-leading scientific authority on polar bear-human conflicts, Doug Clark, has been documenting polar bear behaviour in the Arctic and Sub-Arctic ecosystems. His research is primarily focused on polar bears’ interactions with human infrastructures.

In 2011, Dr. Clark first placed motion-activated trail cameras in Wapusk National Park and around the Churchill Northern Studies Centre (CNSC) to gather data on these interactions. These University of Saskatchewan trail cams are still placed throughout Wapusk, one of the largest denning areas in the world for polar bears, and a habitat that is home to countless species like grey wolves, barren-ground caribou, grizzly bears, artic and red foxes, and wolverines. 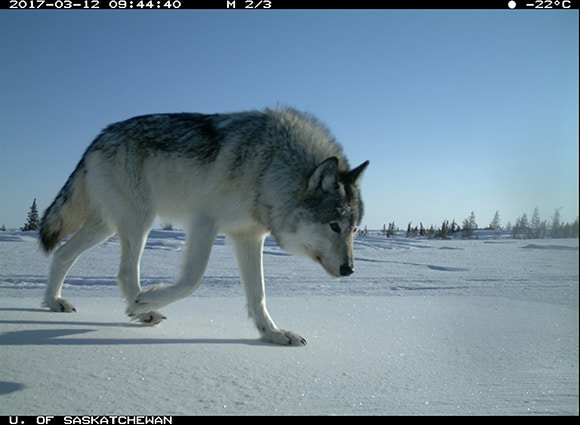 Due to the invaluable data collected on this array of species, there have been other researchers specializing in all areas of ecology who have used these trail cam images to inform their research and to document ongoing changes in the Wesjjtern Hudson Bay basin. These photos are uploaded to Zooniverse—a “citizen science” online platform that assists researchers in almost every discipline to sort and organize data.

This summer and fall, the CNSC and Parks Canada helped University of Saskatchewan associate professor Ryan Brook to place 100 trail cameras throughout Wapusk National Park. They will be used to document wolf and caribou populations at a time of Arctic warming and changing weather patterns. 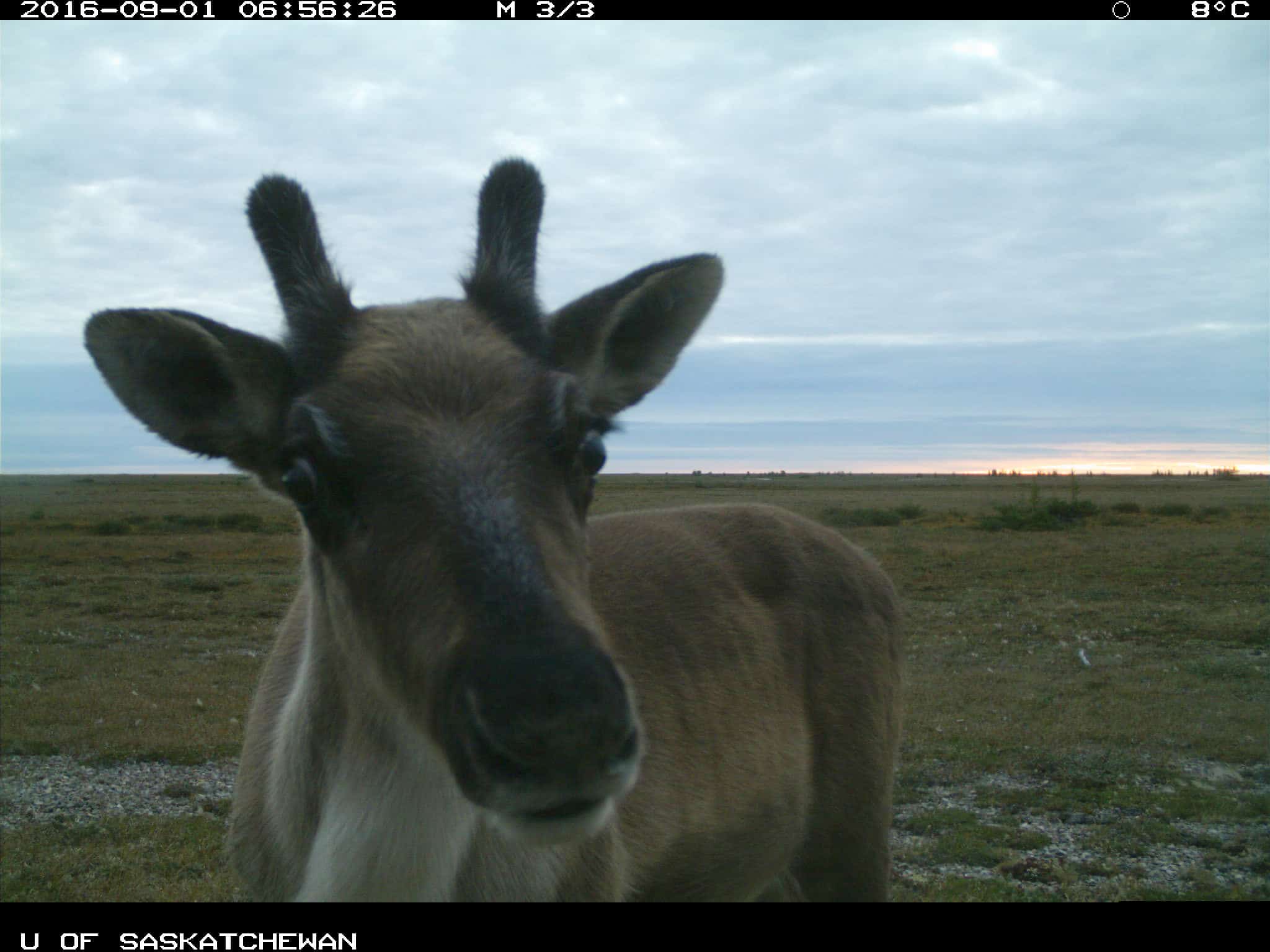 A curious young caribou investigates the click of the camera. (Photo credit © University of Saskatchewan)

Along with this project, CNSC research technician Joni created an instructional video showing how to set up trail cameras from start to finish. The cameras are mounted on posts, and are able to take motion-activated images at any time of the day or night. Eventually, this video will be translated into Indigenous languages to help trappers set up cameras all over the north. Doug Clark described the project best: “it’s non-invasive, it involves the public for the first time, and it’s being done in a way that can carry on through the pandemic without endangering anyone in northern communities.”

PrevPreviousSomething Fishy is Going On
NextNEW DIRT FROM THE SCIENCE DEPARTMENTNext