The newest addition in the Churchill Northern Studies Centre’s science department features three bioactive terrariums. These terrariums provide guests and staff with a refreshing glimpse of summer, creating a real life visual of vegetation not normally accessible in the winter months.

The soil samples were collected by the science team, under 1.5 km away from the CNSC. A corresponding control plot was created for each plot of soil gathered, making for a total of six soil plots around the CNSC. These plots were collected to produce a visual comparison of the wide variety of vegetation in the area.

As you may already know, there are three biomes which intersect in the Churchill area: Tundra, Marine, and Boreal. 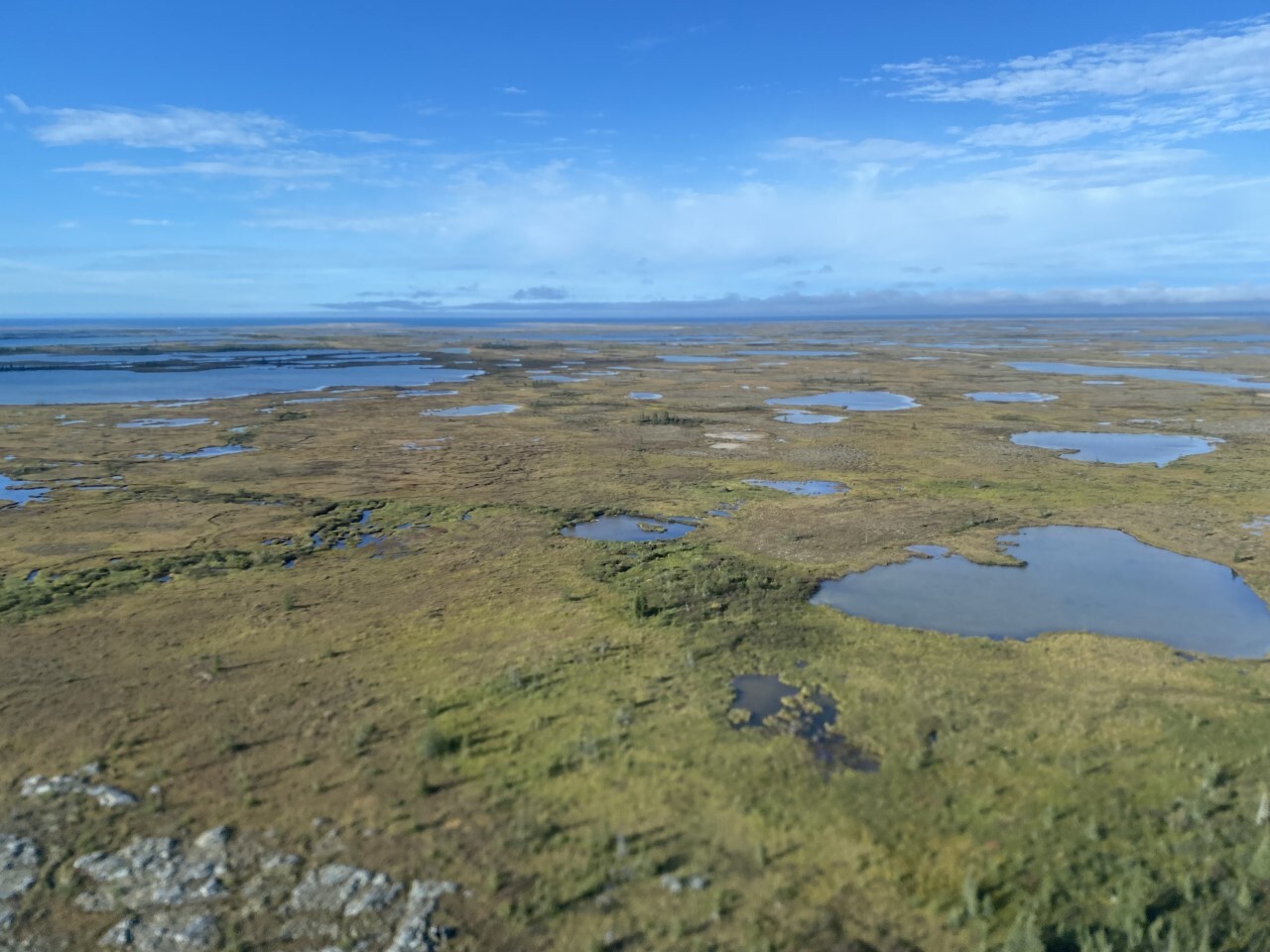 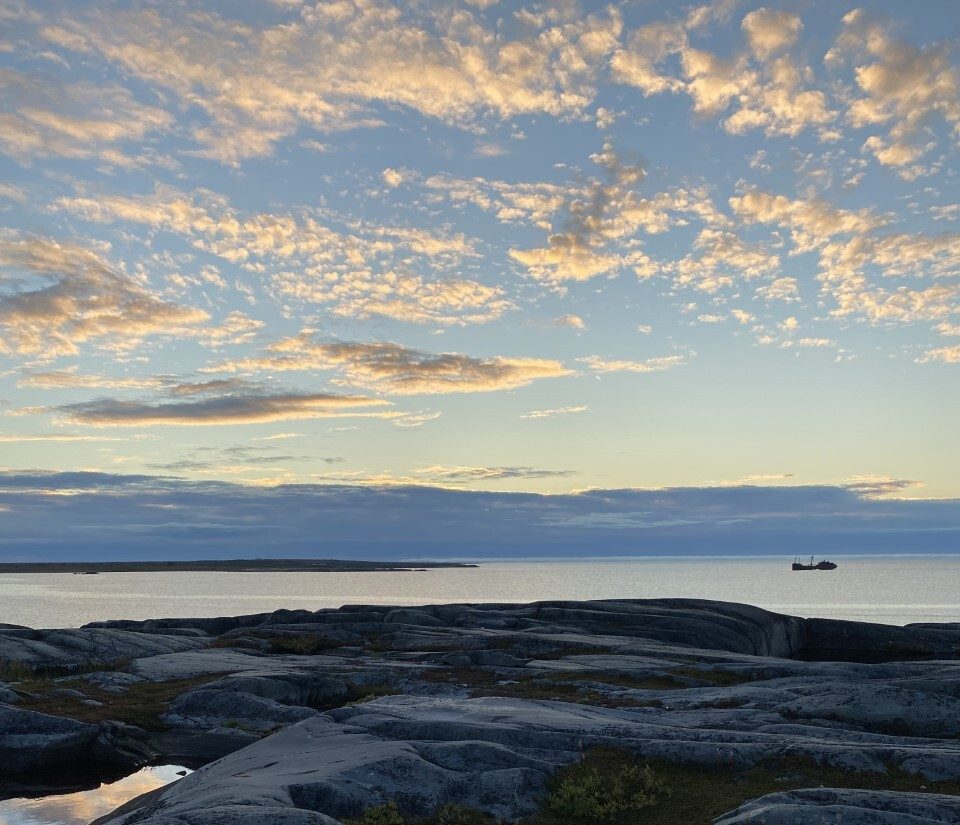 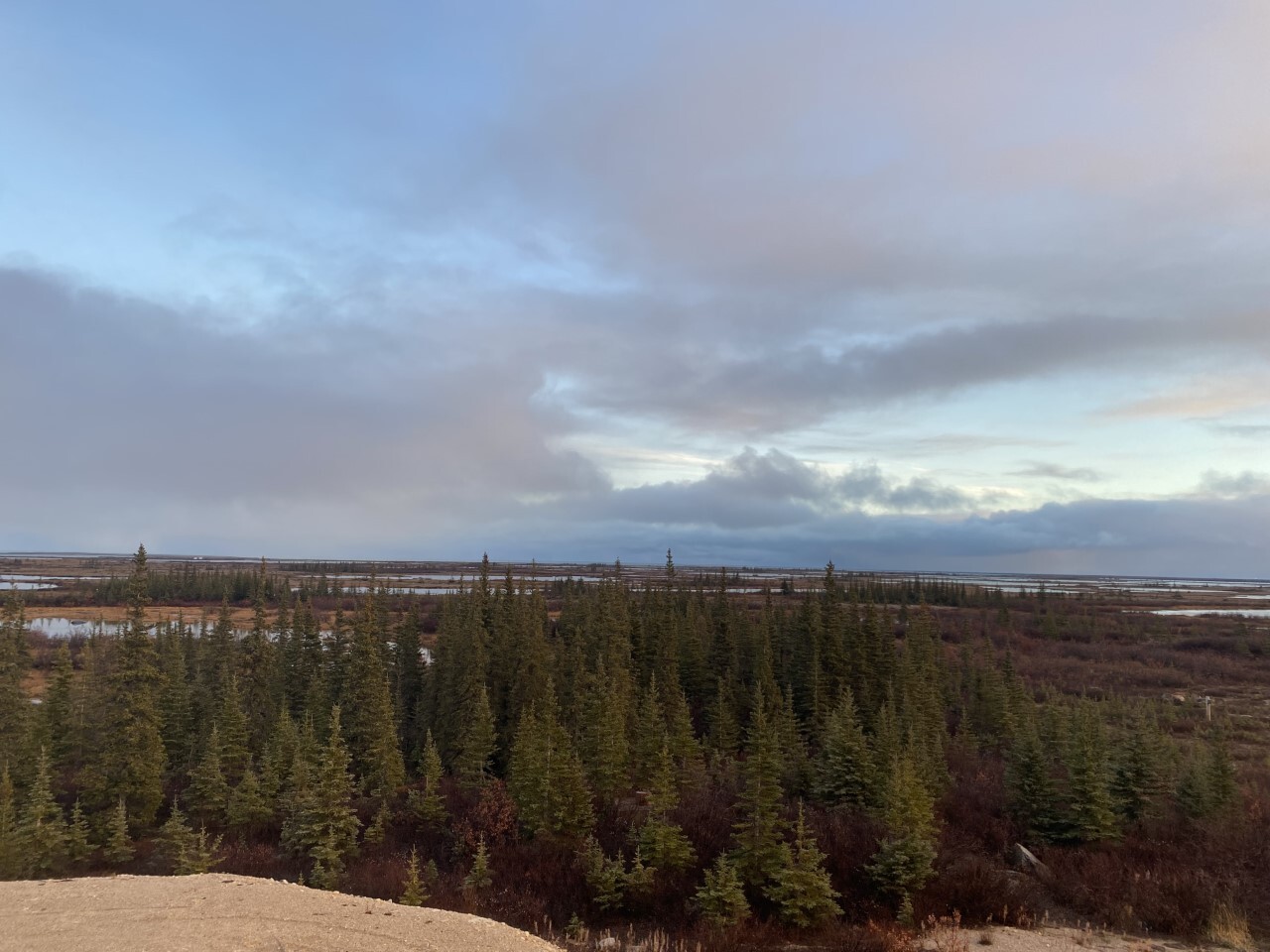 This makes Churchill a very unique destination for tourists and researchers alike. The idea of collecting a plot for each biome was pondered, however vegetation and soil best representative of the coastal/marine biome would be difficult to access (bear safety playing a factor), and the tundra vegetation can be so diverse, so the idea of a marine plot was scratched. It was decided to collect a boreal plot and two different tundra plots, to show the interesting variety of vegetation that exists in the area. 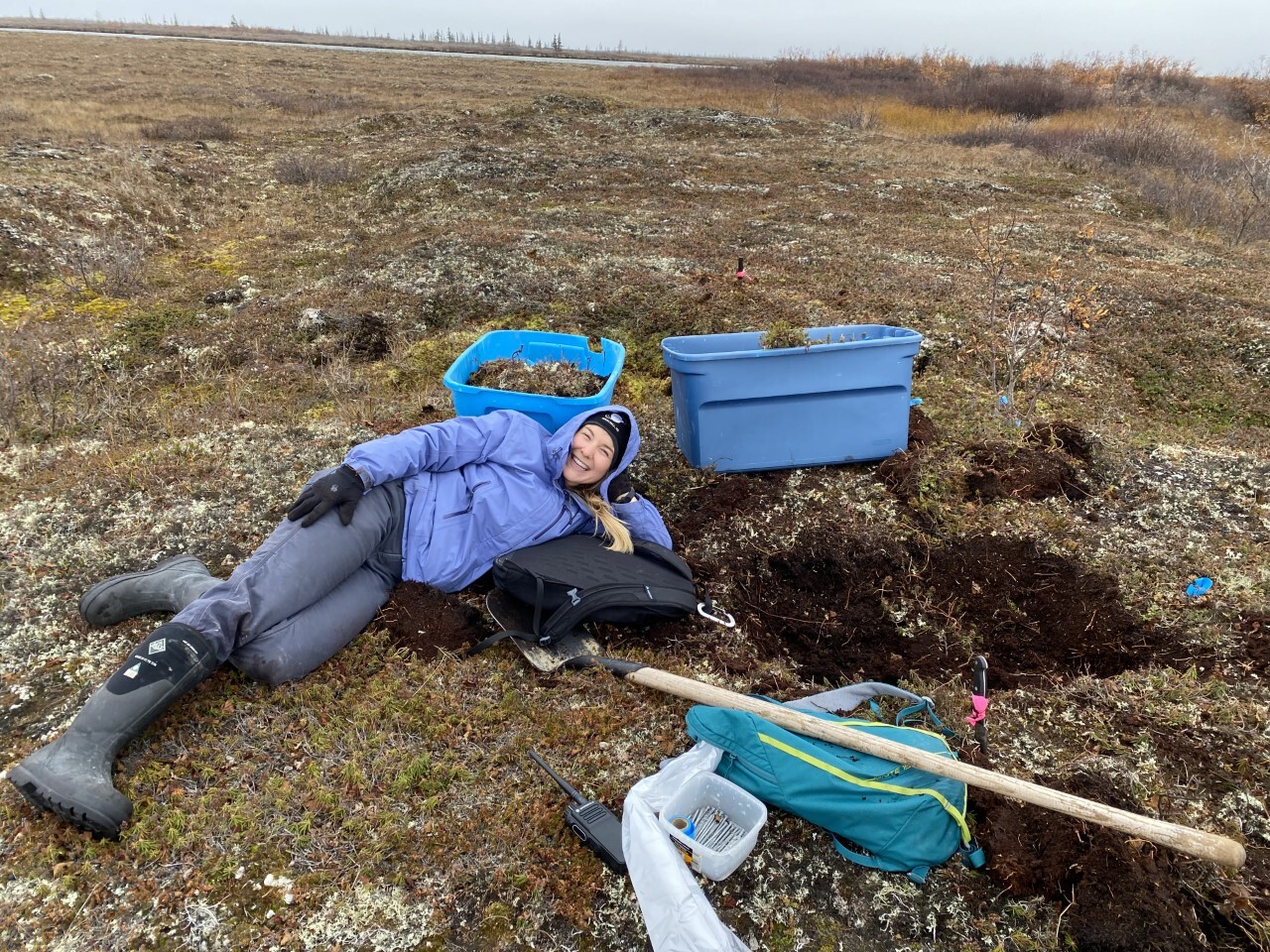 The science team headed out, armed with shovels, kitchen knives, and Rubbermaid tubs, to collect the soil and vegetation. Plot one was collected from a high centre polygon.

High centre polygon refers to the top of a polygonal shaped ridge on the Tundra. From an aerial view, the Tundra appears to have these polygon shapes drawn on the landscape, like the cracking of soil during a drought (but on a larger scale). These form when water pools in an area under the soil and then freezes, pushing the ground up and creating these polygon shaped ridges. 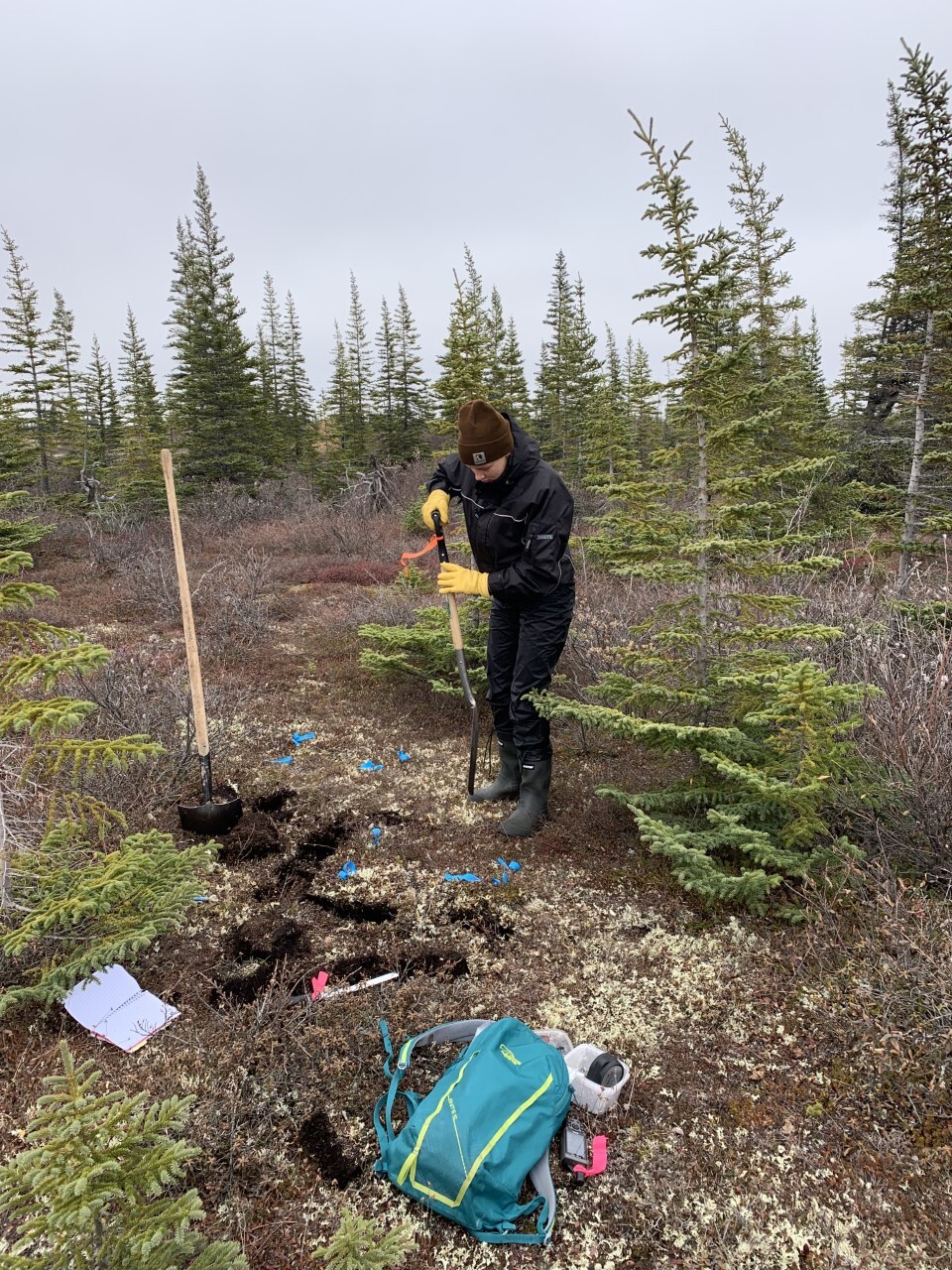 Plot three was collected from an ice wedge trough just two metres from the first plot. Ice wedge trough refers to the edges of the polygon ridges where the ground is low, and trough-like. This plot is primarily made up of moss, showing the possibilities of extreme differences in vegetation.

Plot five was collected on the edge of a boreal tree island. Tree island describes small groups of trees growing sporadically throughout the sub-arctic. These are typically of the same genetic material. We discovered that the soil in this particular area becomes densely packed gravel after about 25cm. A small white spruce seedling was intentionally included in both plots five and six out of interest. The vegetation of the boreal plot is different than that of the other plots and shows a difference in soil quality. 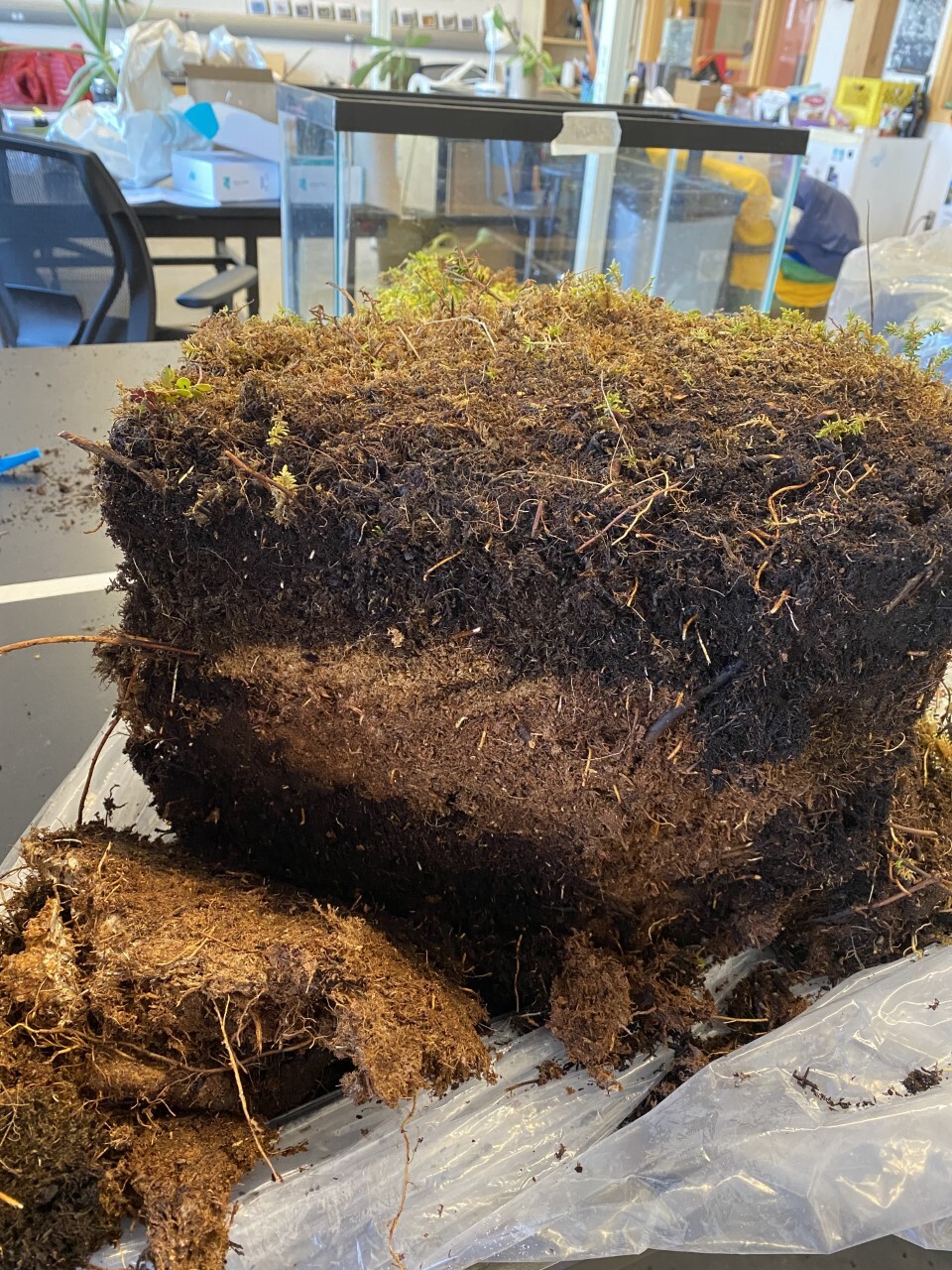 Bioactive is defined as “having an effect on a living organism” (Merriam-Webster, n.d). In terms of bioactive terrariums, this describes biological activity in the tanks. The terrariums are self-sustaining. If we were to simply gather the vegetation and transplant it to bagged soil bought from a store, these terrariums wouldn’t be considered bioactive. This is because of the millions of bacteria and microbes contained in the soil of the Tundra. On average, there are between 100 million and 1 billion bacteria per gram of soil (Ingham, 2009). This makes for an awful lot of bacteria in each terrarium. In fact, assuming the lowest count of 100 million bacteria per every gram of soil is true for the plots we collected, there would be an average of 1.5 billion bacteria in each of the plots. However, considering the tundra has the highest bacterial and fungal biomass of all the 11 major biomes (Boreal Forest, temperate forest, tropical/subtropical forest, grassland, shrub, savanna, tundra, desert, natural wetlands, cropland, and pasture) (He, 2020), there is likely much more bacteria than stated by this calculation. This bacterium, fungi, insects, and any other microbes/decomposers will break down the organic material after it dies and turn it into nutrients for the living vegetation. The terrariums will not require fertilizers or other maintenance of the sort, they are self-sufficient. 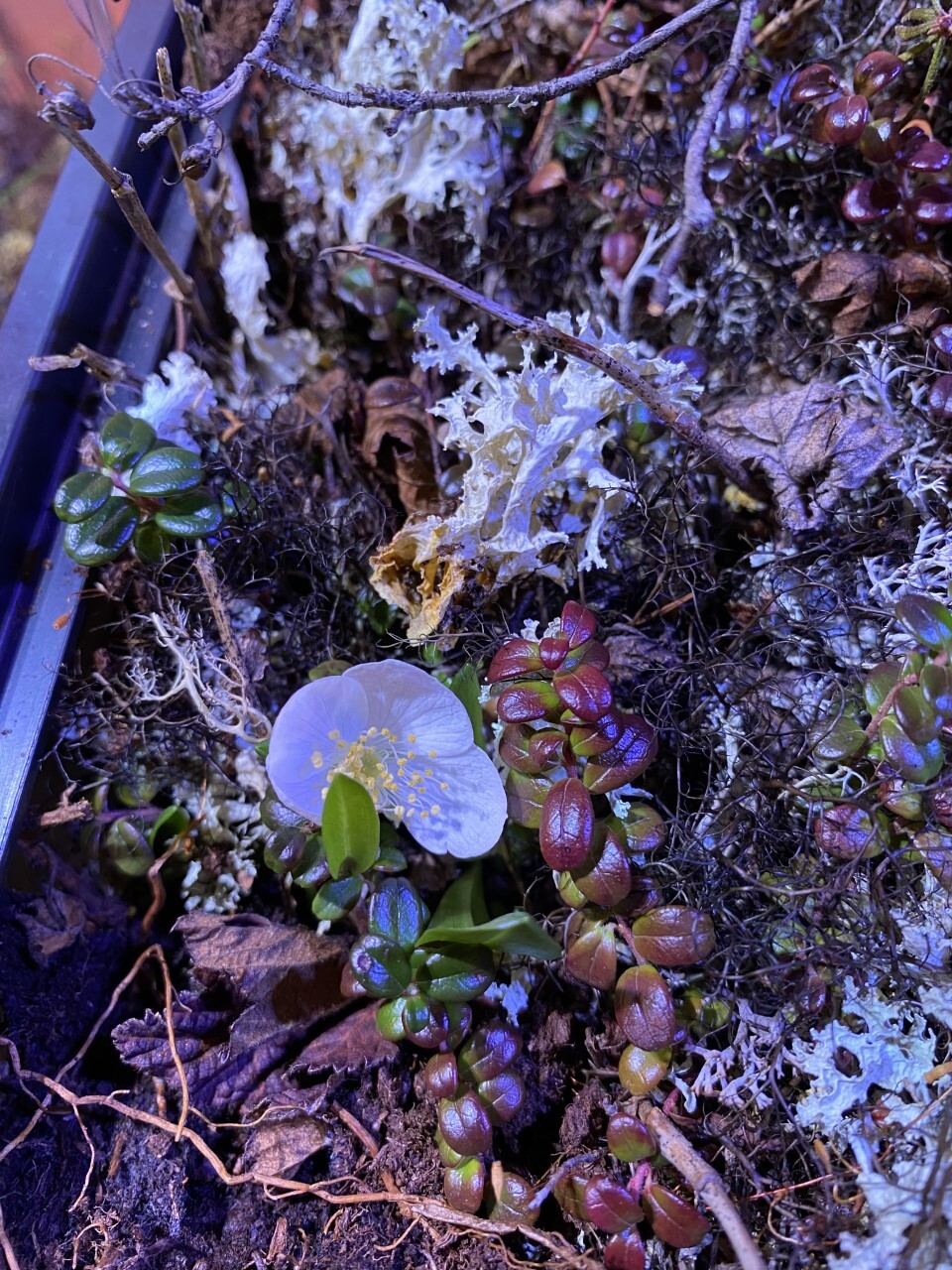 We intend to artificially lengthen the growing season for this vegetation by a considerable amount of time. Our light cycles currently match light typical of September, and this will continue until the terrariums require a short dormant period. Then, the light cycle will continue as if it is spring, moving to summer, and then to fall. The new growing season will be almost all year round. This is the purpose of the experiment, to see the vegetation’s reaction to an extremely lengthened growing season, in a controlled environment.

New growth was seen within a week of collection, continuing with an abundance of new vegetation and blooming flowers within the last month. We are very excited to watch the progress of these terrariums as they continue to grow. 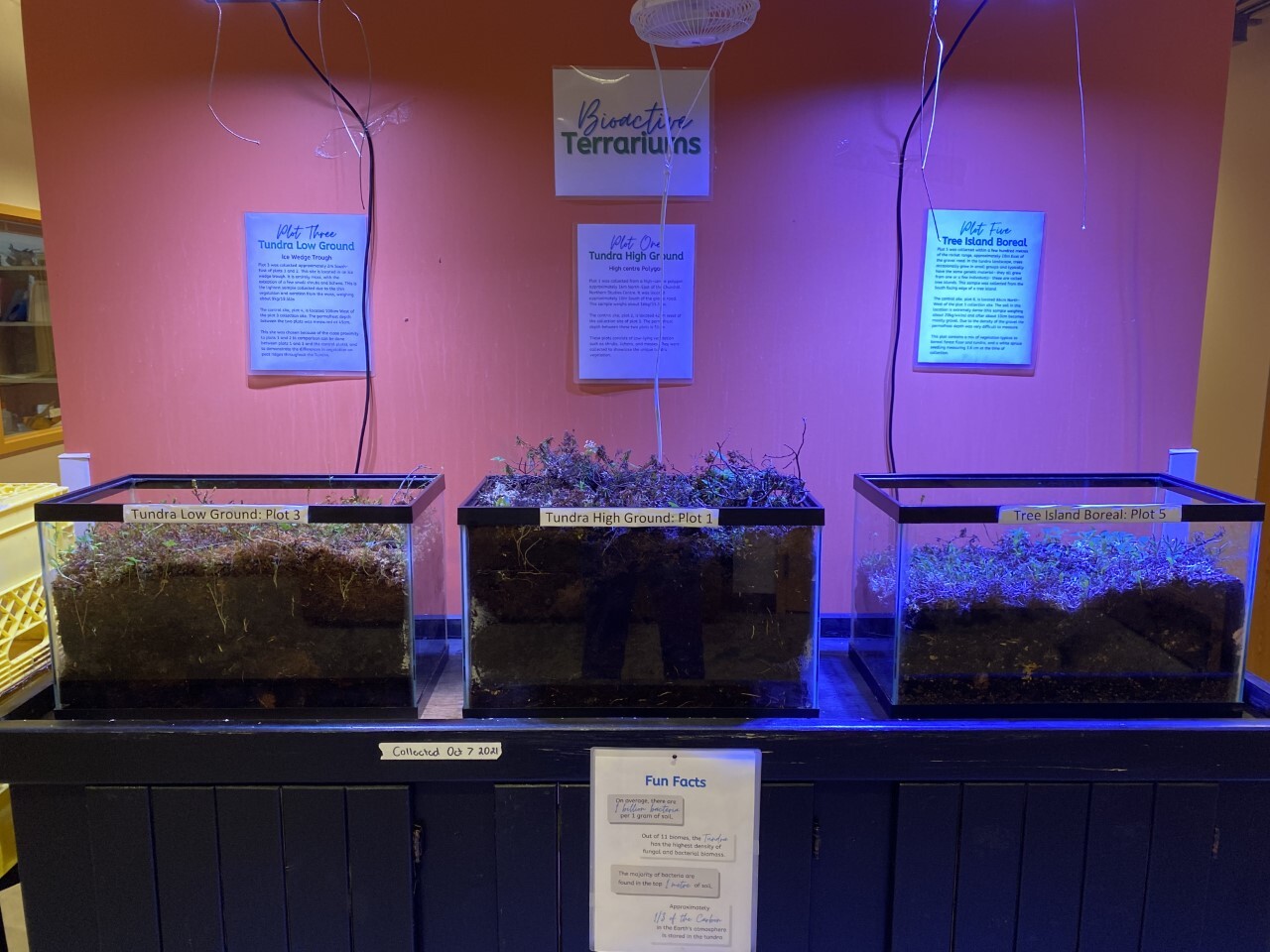 PrevPreviousWolves and Caribou and Polar Bears, Oh My!
NextCelebrating 4 Years of Rocket Greens! Part 1Next