After over a year of being empty, the CNSC’s Hudson Bay Aquarium is back up and running after a little help from the science team. The 125 gallon tank offers a glimpse into what the Arctic Ocean looks like beneath the surface and is the only saltwater aquarium in Churchill. 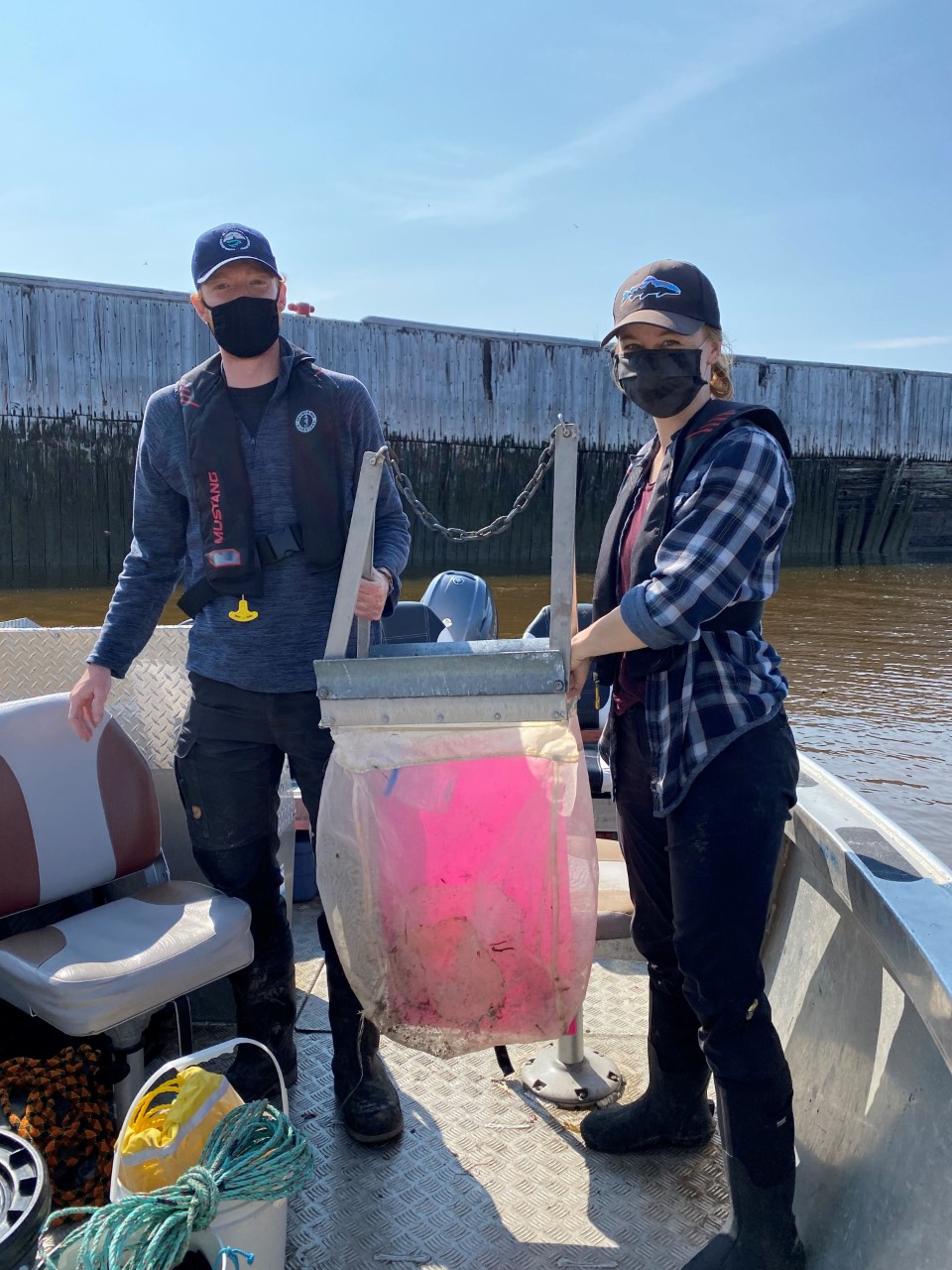 Collections began in early summer, as the science team headed out to sea with buckets in tow. A dredger, consisting of a finely woven net connected to a square metal opening, was fastened to the boat with rope and thrown overboard. After a few minutes passed, the dredger was pulled back and hoisted in to have its contents examined. Despite hopes of finding ancient pirate treasure in every cast, the team often found themselves retrieving hundred pound bags of sand and clay. Eventually, success!

Various marine animals from the Churchill River Estuary were collected to showcase local near-shore marine and tundra pond species to visitors and school groups. The tank hopes to encourage viewers to ask questions about aquatic species, and spark interest in the importance of marine conservation. 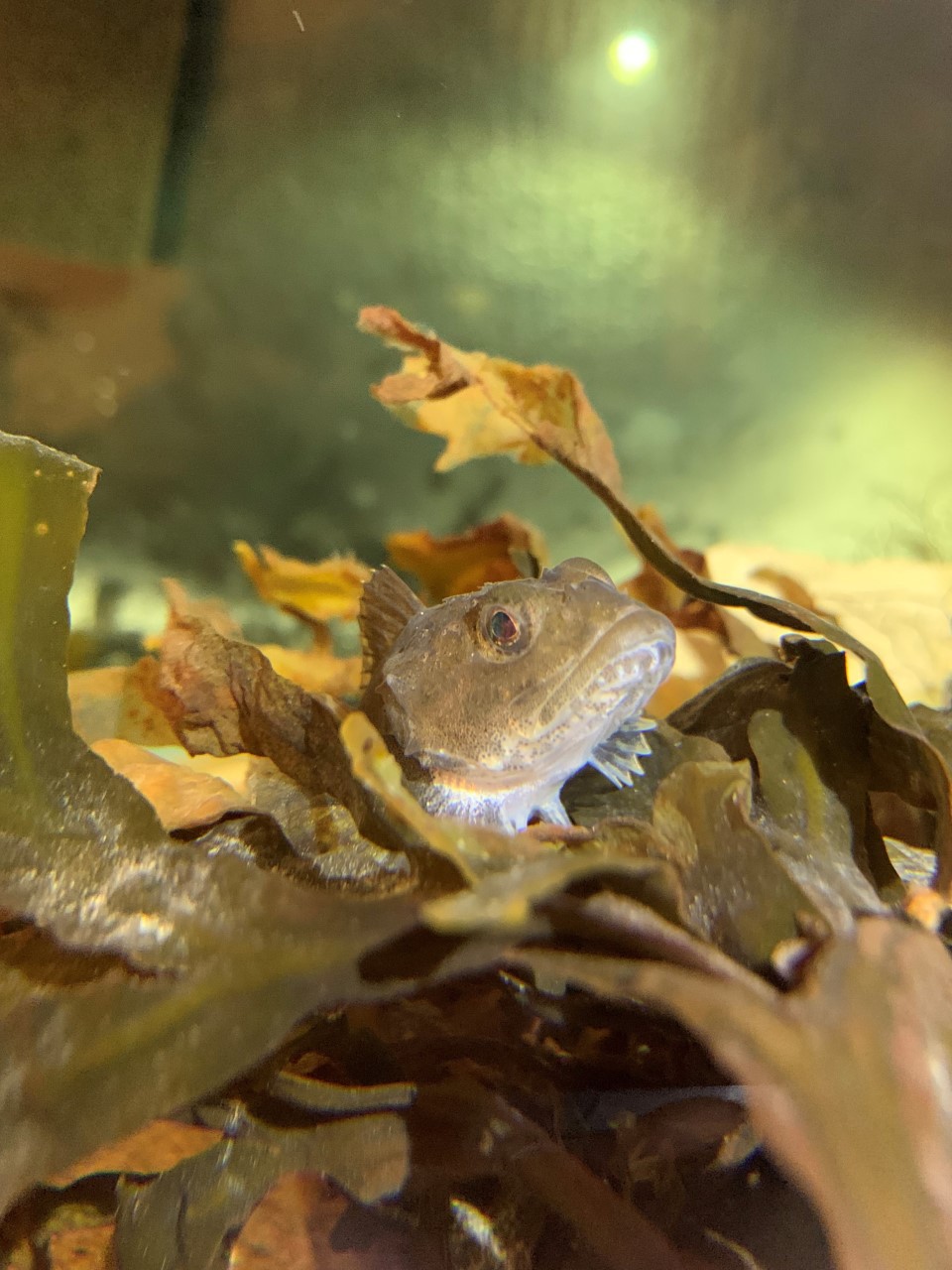 Sully the Arctic Sculpin (Myoxocephalus scorpiodes)
Sully is the resident sculpin of the Hudson Bay Aquarium. Sculpins are able to synthesize antifreeze proteins, meaning they can withstand below-freezing temperatures. There are a few other scaleless arctic and fourhorn sculpins (Myoxocephalus quadricornis) that live alongside him. 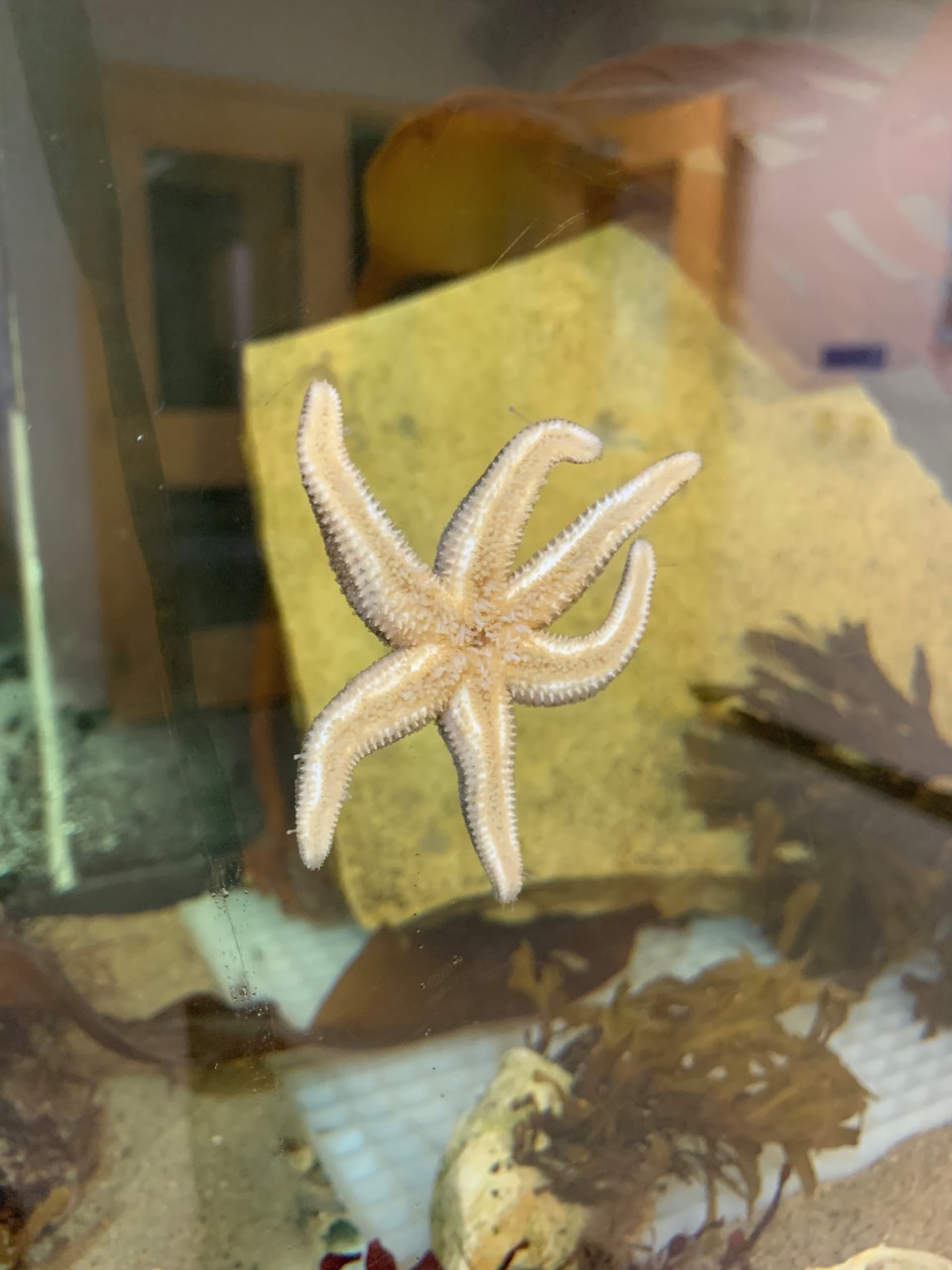 Polar Six Rayed Star Fish (Leptasterias polaris)                      When peering into the tank, your vision may be blocked by a friendly sea star clung to the glass. The tank is home to many starfish, ranging from a few millimetres to a few centimetres in diameter. They are major benthic predators, feeding primarily on the blue mussels, and are able to regenerate lost limbs. 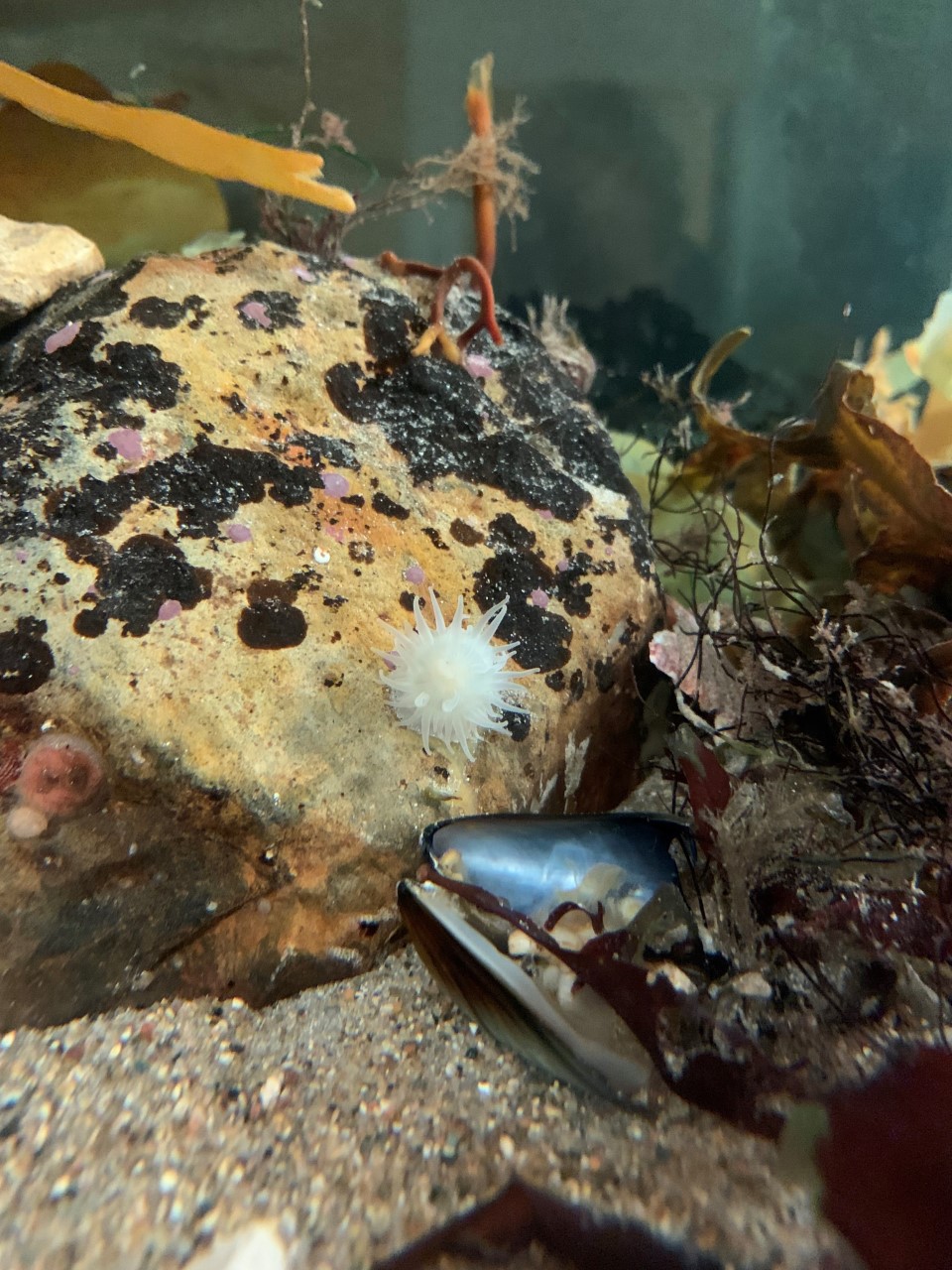 Nettle Anemone (Urticina sp.)
This group of cold water anemones are nicknamed “Flowers of the Sea” due to their bright and sometimes patterned colours. They use their nematocysts, or stinging cells, at the end of their tentacles to immobilize prey and deliver it to their central mouth.

Oar Weed (Laminaria digitata)
Long fingers of kelp offer a welcoming wave as they move through the turbulent water. The conical holdfast anchors it to rocks and has a number of root-like protrusions called rhizoids. Oar weed can be dried and used in place of lasagna noodles or added to soups and broths.
So next time you’re at the CNSC be sure to stop by and say hi to the critters – there’s always something a little fishy going on.