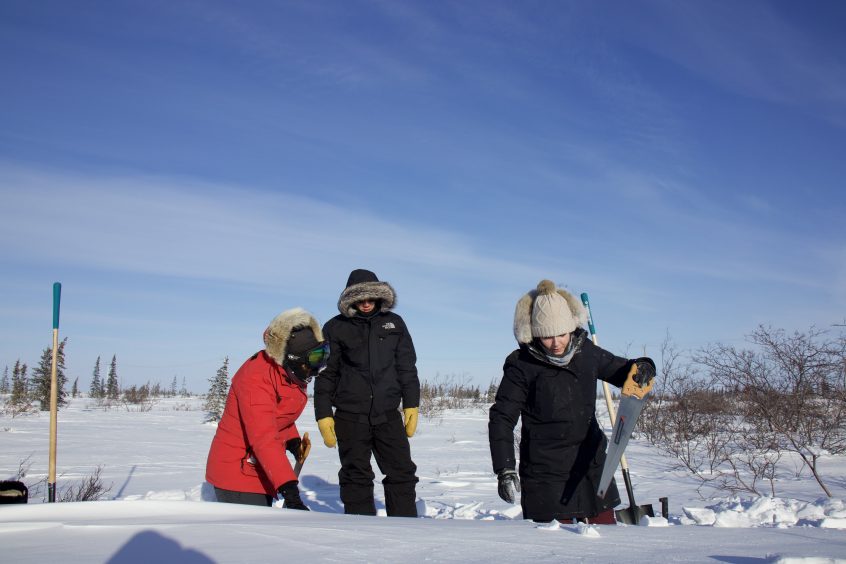 My name is Morgan Dobroski and I am currently working at the Churchill Northern Studies Centre as a Seasonal Research Technician Intern. I grew up in southern Manitoba but permanently reside in Edmonton, AB now. I just recently graduated from the University of Alberta with a Bachelor of Science with specialization in Animal Biology.

Growing up I knew I wanted to work with animals. I always loved the outdoors and had the typical dog and cat, but I also had a pet frog that I took from outside and put in a fish tank much to my mom’s dismay. I also enjoyed collecting snails and earth worms and would frequently try to bring stray animals home. Most people that I talked to associated my love for animals with veterinary work, but I knew it wasn’t the direction I wanted to take. I wanted to work outdoors and help protect wildlife populations. In university, I was accepted into the animal biology program and my passion for wildlife continued to grow.

University provided me a strong knowledge base on animal diversity and allowed me to explore my other interests. The connection between the animals and their environment intrigued me, specifically mammals. My excitement towards ecology grew and I can remember the day when I discovered what part of ecology I was most interested in pursuing. I was in my third year and taking a community ecology course and learning about trophic cascade and the role apex predators have in not only regulating prey species, but also how their presence or absence indirectly affects the vegetative community. I completed my final project on wolf reintroduction in Yellowstone National Park. I had heard over the years some bits and pieces about the park and wanted to delve deeper. I began reading every paper I could on the reintroduction, which has been studied extensively and I also gathered data from population survey’s pre and post reintroduction. I didn’t just research ungulates and plants but also birds, grizzly bears, sheep, bison, butterflies and other species that do not instantly come to mind when you think about wolves. After analyzing all the data, I was amazed at how much one species could impact the entire ecosystem. The difference was astonishing. Not only did it help regulate ungulate populations and vegetation, but it increased bird, butterfly and bear populations indirectly by increasing shrub density and health and tree height. This was the moment when I truly found my passion and desire to learn more about predator-prey relationships and trophic cascade.

I attended a conservation biology field course at Bamfield Marine Science Centre and gained experience in biological surveys and other conservation techniques. I loved working in the field so much, I attended a second field school in Kananaskis, AB to learn further skills in ecological studies. I would recommend any student in environmental studies to attend a field course during their degree, it provided me with field experience and what better way is there to learn than in the field along the coast of British Columbia surrounded by mountains.

Fast forward to graduation, I had been working towards this day the past four years and could not wait to be done. I had knowledge and could not wait to apply it in the real world and get paid for it. I applied to many jobs. I can remember trying to write my midterms and finals while also applying for jobs, which was overwhelming. I was discouraged and disappointed that all the jobs I could find wanted two years of experience. Sometimes that isn’t possible for everyone. Time and budget restrictions can limit job possibilities for some students. I did an internship with the Wildlife Rehabilitation Society of Edmonton and worked full time in the summer and finally landed a position with Parks Canada in Riding Mountain National Park as a heritage presenter in 2017. I thought I would have enough experience with field school and the past two summer to land an entry level position following graduation. Next thing I knew it was fall and I had yet to find a job and was looking for ways to become more employable when I saw the job posting for an internship at the Churchill Northern Studies Centre. I was extremely excited when I saw that they didn’t require previous experience. Even though they would prefer a MSc graduate, I applied anyway. LeeAnn emailed me to set up an interview and I couldn’t have been more excited after six months of no call backs or rejection emails. LeeAnn and I chatted on the phone and three weeks later, I was packing up my things in Edmonton and moving to Churchill.

Being originally from Manitoba, I was very keen to move back to my home province and was really interested in further understanding the North. This led me to where I am today. I have been here for four months now and have learned so much during my time here. This experience has been invaluable. I have gained field and lab experience that I would not have had the opportunity to do in Edmonton. Not only did I finally have paid experience to add to my resume, but I also made connections with people from across Canada. Until I moved here, I thought of graduate work as a last resort because I was ready to be working. Now, I want to pursue further education and continue to learn and contribute to northern research. 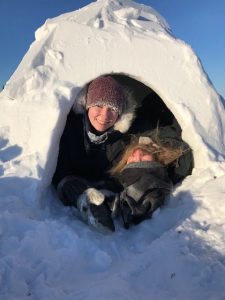