The blizzard that hit Churchill on Dec 16, 2021 kept the CNSC staff at home as winds gusted to 90 km/h, creating drifts that made Launch Road impassable. Our sustainability team of Carley, Fiona, and our science technician Dani sat around their kitchen table in town to chat about Rocket Greens as we approached our 4th anniversary.

Dani: You’re so open with all aspects of this project. Was it always your goal to be transparent through the process of starting Rocket Greens, or is that just part of your personality? 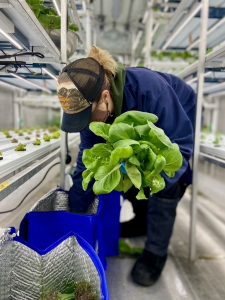 Carley: Yeah, I guess I am relatively unfiltered. At first, there were so many goals that I had… “oh, we can do education! We can do nutrition stuff. We can do this, that, and the other thing.”

I realized along the way that it’s not really right to work that way. It’s culturally inappropriate to tell people how to eat or what to eat. Some of my early objectives were just way outside of my comfort zone. So I changed what my job was, and I’ve stayed transparent about what we do. My mission is to provide fresh, locally grown, leafy greens year-round, to the community of Churchill, however our community wants to use that. 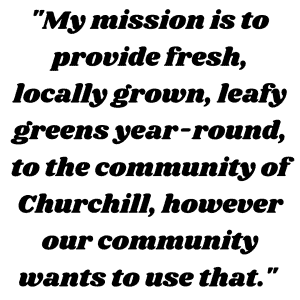 I’m open to all sorts of partnerships, but I try hard to stay true to my main job. Of course, I will partner with anyone that wants to partner. I will talk with anyone that wants to talk. As I was immersing myself more in northern Manitoba culture, a lot of things just kind of came to light, and I realized what was making me feel uncomfortable and which things weren‘t totally appropriate to be doing as the operator of Rocket Greens. 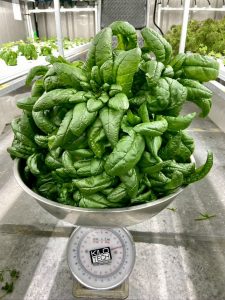 There were a lot of big dreams at first, and then a lot of realities afterwards. Any new community organization will run into similar issues. Ultimately, our job is to grow things and share them.

Fiona: If you really need to eat, salad is not going to fix it. But it is something.

Carley – Exactly. Is it nutritious? Yes. Is it fresh? Yes. Is it great to have it here? Yes. Do people call me when the train doesn’t come in? Sure. That does happen, you know, but the calories aren’t there for this to be a big fix. The issue [of hunger] is much, much bigger and outside of my wheelhouse.

Fiona: This project has been helped along by so many people and organizations. Who has been the most instrumental in keeping this project true to its roots through the last four years?

Carley: Well, of course the Churchill Northern Studies Centre itself is a big reason why this exists, and our LaunchBox subscribers are the backbone of the project in general. The Growcer’s been with us every step of the way with logistical support, coordinating supplies, and connecting us with people and communities across the country. 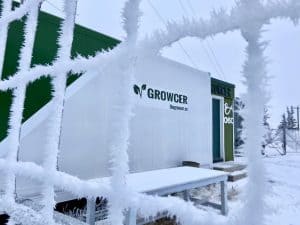 Northern Manitoba Food Culture and Community Collaborative are huge supporters financially, and have allowed us opportunities to share our story with many communities in Northern Manitoba. I would also like to give a shout out to the Churchill Joint Group for providing us with a location (Caribou Hall) to hand out veggies each week. Northern Healthy Foods Initiative has been a supporter as well… Everybody.

Really, if Churchill didn’t accept this as something good, it wouldn’t exist. This wouldn’t happen without our weekly supporters: Tamarack foods, the Winnipeg Regional Health Authority cafeteria (Churchill’s health centre kitchen), the Northern Store, and everyone who has ever bought vegetables from us. 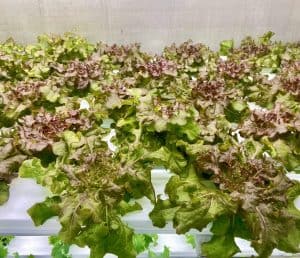 Nearly every local player has been involved somewhere along the way. Polar Bears International (PBI), the Dancing Bear, the Seaport, the Natural Habitat Trader’s Table, Churchill Wild, Danica’s Village, the Hungry Bear Food Bank, Christmas Cheer… Frontiers North buys greens and herbs from us for the Tundra Pub, the Tundra Buggy Lodge, and has featured Rocket Greens on their Dan’s Diner menu in the past. Everyone has supported us!

Natural Habitat donated the money for our hydroponic cabinet, and CRED (Churchill Regional Economic Development) funded the purchase of the Growcer itself and subsequent upgrades, as well as our new delivery van (coming soon!). The Duke of Marlborough school even paired up with us through their home-economics class.

While the CNSC houses the project and takes care of vehicles, administration, lights, hydro, and my own salary, the support from Churchill as a whole is the reason we can operate. 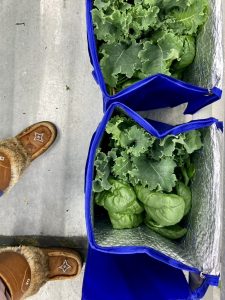 Fiona: What stuff do you never get a chance to talk about that you wish people asked?

Carley: We get lots of questions, and the curiosity is always there – so I don’t think I can put my finger on a question no one’s ever asked, though there is always a focus on the positive stuff. 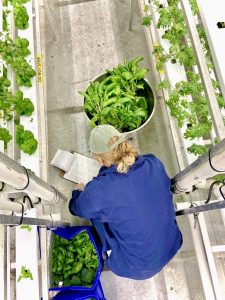 We don’t talk as much openly about the downsides: having tiny lettuces, random floods, the confusion of not being able to figure out what’s wrong… People don’t ask what sucks about it.

Really, what’s hard about hydroponics is that you just can’t take a break – the two of us can’t go on vacation at the same time. Someone has to look after the Growcer basically every single day. So the system is a little needy, but hopefully we can change that in the next little while with some improvements that are coming our way. Ultimately, just because it looks like a lab in the Growcer doesn’t mean we don’t have problems like other gardens.

Fiona: In that vein, do you have any best or worst moments you want to share?

Carley: Definitely the night that Brittany stayed up all night and watered the plants by hand till our pumps came on the Calm Air flight the next day. She set her alarm for every hour or two, and went down there [to the Growcer] with a little pony pump and wet every tray. (The Growcer has 120 trays!). 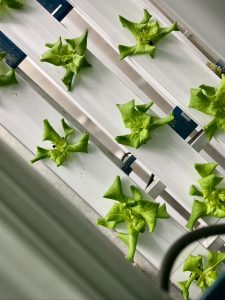 And she did it willingly. I said “Britt I don’t expect you to do this”. But she told me “well, if everything is going to be alive tomorrow because of this, then I’ll do it.”

So she hand-watered ‘till the next morning. I came in and I did one more round of tray watering, and the pumps came in the mail later on – so Britt successfully kept the whole unit going by hand. All 1800 plants and 1200 seedlings.

Fiona: From here, where does this project go? Where do you see Rocket Greens in four more years?

Carley: This is such a crazy question for me. I honestly don’t know what things will look like in four years. 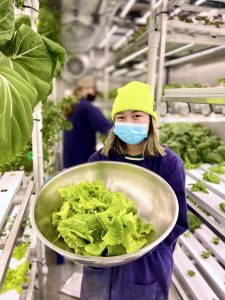 We do have a large grant application in for a second unit and a buyback of the outdated one, and that’s exciting to think about.

We are also expanding our local gardening support portion of the project, which isn’t so much Rocket Greens itself, but does fall under the Rock Greens umbrella. Supporting local gardeners has been a lot of fun. We gave away 1200 seedlings last year, I’d like to maybe double that if we can in 2022.

We’ve built two greenhouses and have got two more planned for this summer: one for us here at the CNSC, and another for the Churchill community garden in town. 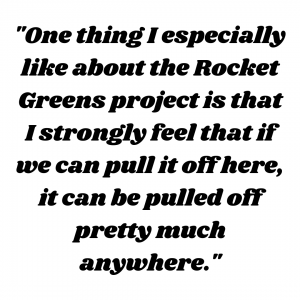 So there are still exciting things going on, but four years is very hard to plan for. Even in Churchill in general, and pandemic-wise too, I feel like nobody can really look beyond the end of their nose at the moment.

As far as sustainability goes at the CNSC, we’re still looking into composting options and some alternative energy solutions for our building. One thing I especially like about the Rocket Greens project is that I strongly feel that if we can pull it off here, it can be pulled off pretty much anywhere.

It’s one example of how you could do a project like this, and we’ve shared every success and every challenge with anyone that’s ever really asked – I want to connect with anyone who is interested, and share how we’ve built our project over the last four years.

Overall, I’m super proud of Rocket Greens and the effort and support of everyone on my team to deliver fresh locally-grown produce in Churchill, even in the dead of winter! This may be one of the most meaningful jobs I’ve ever done, and it has made me more connected to the community than I’ve ever been.