Chances are when you think of a Churchill animal, you probably think of a polar bear. Understandably so, considering Churchill is the polar bear capital of the world. Every year (global pandemic notwithstanding) people travel from around the world to see these amazing animals.

Or perhaps if you did not think of the polar bear you thought of belugas; Churchill’s summertime star. There’s no better place to see belugas than when they come by the hundreds into the mouth of the Churchill River to give birth and raise their young.

However, Churchill is home to a variety of incredible creatures that have adapted to survive the harsh conditions here. Initially, it may not appear to be teeming with life, say as in a rainforest, Churchill is home to a surprising diversity of hearty critters. Here we will look at our personal top ten underrated critters that call Churchill their home. Keep an eye out for these when you’re out looking for polar bears or belugas!

These small, skeptical birds prove to be an interesting challenge for me to photograph.

Nothing quite signifies the imminent arrival of spring as the return of Snow buntings. These small birds are among the first migratory birds to stop in at Churchill on their way further north, often a month in advance of “true” spring arriving. They are a welcome change from the few bird species that over winter here. Their skeptical, fluttery nature makes them enjoyable to watch as they scamper around looking for food, ever vigilant of their surroundings. When they hurriedly fly away from your vehicle you are treated to a flash of their lovely white feathers. They are easy to spot as you drive down Launch road on your way to the CNSC or tundra buggy launches!

These small critters love to live in areas that to many may seem unappealing. Along with thriving in the swampy bogs that dominate the landscape in Churchill, these lemmings can also be found in the boreal forest and in the tundra1.  Along with other rodents in the area, bog lemmings dig tunnels beneath the snow where they stay insulated and forage on plants. Underneath this thick snowy blanket, temperatures stay relatively constant and are significantly warmer than the temperatures above.  They are highly social critters and live in small colonies. However, these colonies serve little protection from predators. Bog lemmings are a frequent meal of owls, hawks, and foxes1. Still, their affinity for Churchill’s bogs, an otherwise unpopular location for most in the summer, give them a special place on this list and in the heart of naturalists.

There’s no better example of a critter that has incredible adaptions to survive the subarctic year-round than the unassuming wood frog. These are one of two types of frog that can be found in the Churchill area, but the wood frog stands out for the way they deal with subarctic winters. Frogs depend on liquid water to survive; they breathe by absorbing oxygen through the water on their skin. Naturally, winter conditions make this difficult. Wood frogs deal with this through a unique method of hibernation. They hibernate underneath some leaves or logs and an insulating layer of snow1. However, this is not enough to prevent them from freezing. Instead, frogs remove as much water as possible from their body to minimize freezing and produce special antifreeze compounds to protect their vital organs from being damaged. They stop breathing and their heart stops beating. Clinically speaking, the frogs are dead. Nevertheless, when the spring comes and the frog thaws, they miraculously reanimate and are can happily hop along again. 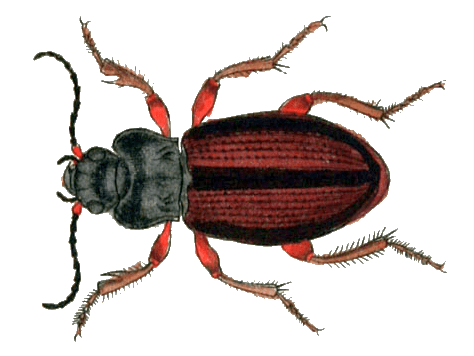 Not to outshine the hearty wood frog, but arctic insects are the true masters of surviving the cold in extreme ways. Our chosen species Amara alpina is just one of many insects that have developed amazing strategies to live through the Churchill winter. However, A. alpina stands out as a particularly unique example. It is a member of the ground beetle family, which is one of the top ten most diverse families on earth. There are over 40,000 known species in this family, but it is one of only 4 species found in the Canadian High Arctic3. Of course, you also can find it in Churchill if you have a keen eye for bugs3! Insects in general are extremely poorly suited to winter conditions. They have no insulation on their bodies, and they are ectotherms, or cold-blooded, meaning they need their external environment to heat their bodies. One strategy that insects use is super cooling. It works like this: by isolating water droplets inside of their bodies into extremely small droplets, they can supercool the water inside of them to as low as -41 degrees Celsius without freezing2. For this to work however, the critter must remain perfectly still as even the slightest movement could cause ice crystals to form, killing the insect2. I do not believe it is known to humans whether insects ever feel itchy, but for their sake I hope they do not. Resisting the urge to scratch over an 8-month winter does not sound like my idea of a good time! 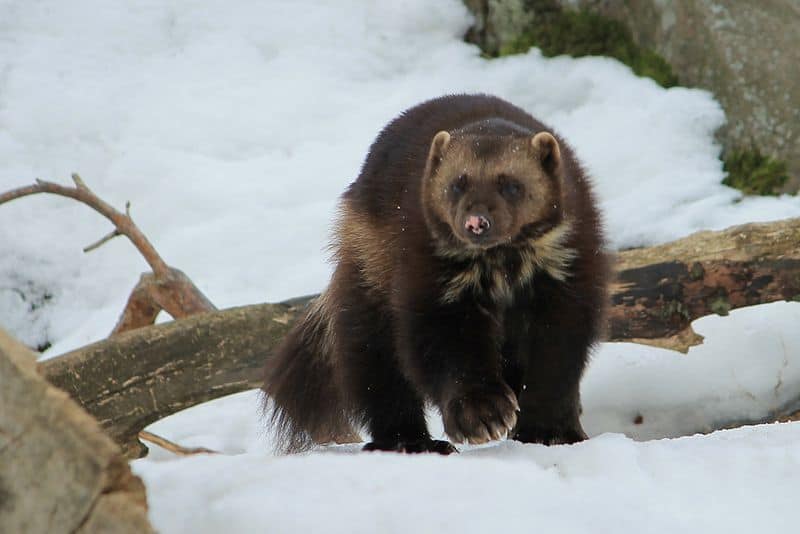 These critters may not actually be that underrated, but their rarity and difficulty to spot may make them easy to forget about. If you are ever lucky enough to spot one treasure it! Wolverine ranges cover huge areas and exist in very low densities, making an encounter with one a once in a lifetime event for many. Although, many people who spend a lot of time out on the land may be more familiar with wolverine. Wolverine fur is highly prized by trappers as it sheds ice preventing it from frosting up, making it perfect for parka hoods1. Wolverines are especially infamous for their ability to evade and escape traps and raid food caches. If caught in a fox trap, wolverine can use their powerful jaws to chew through the post and escape1.

Yes, another bird, I’ll admit I am biased as a birder. These round, chonky birds may be easily dismissed as dim-witted arctic chickens after you encounter them on a road and must thoroughly encourage them to not get run over. Their ability to survive in the extreme north year round should not be overlooked.  In the winter, these birds turn completely white and can easily disappear into the snow and low tundra vegetation. Instead of roosting in the trees like most birds, ptarmigan plunge deep into the snow to keep warm and hidden, where they can remain for up to 22 hours a day1. These birds are surely not underrated in the eyes of hunters, as their boldness and general lack of concern for humans make then an easy, tasty meal. 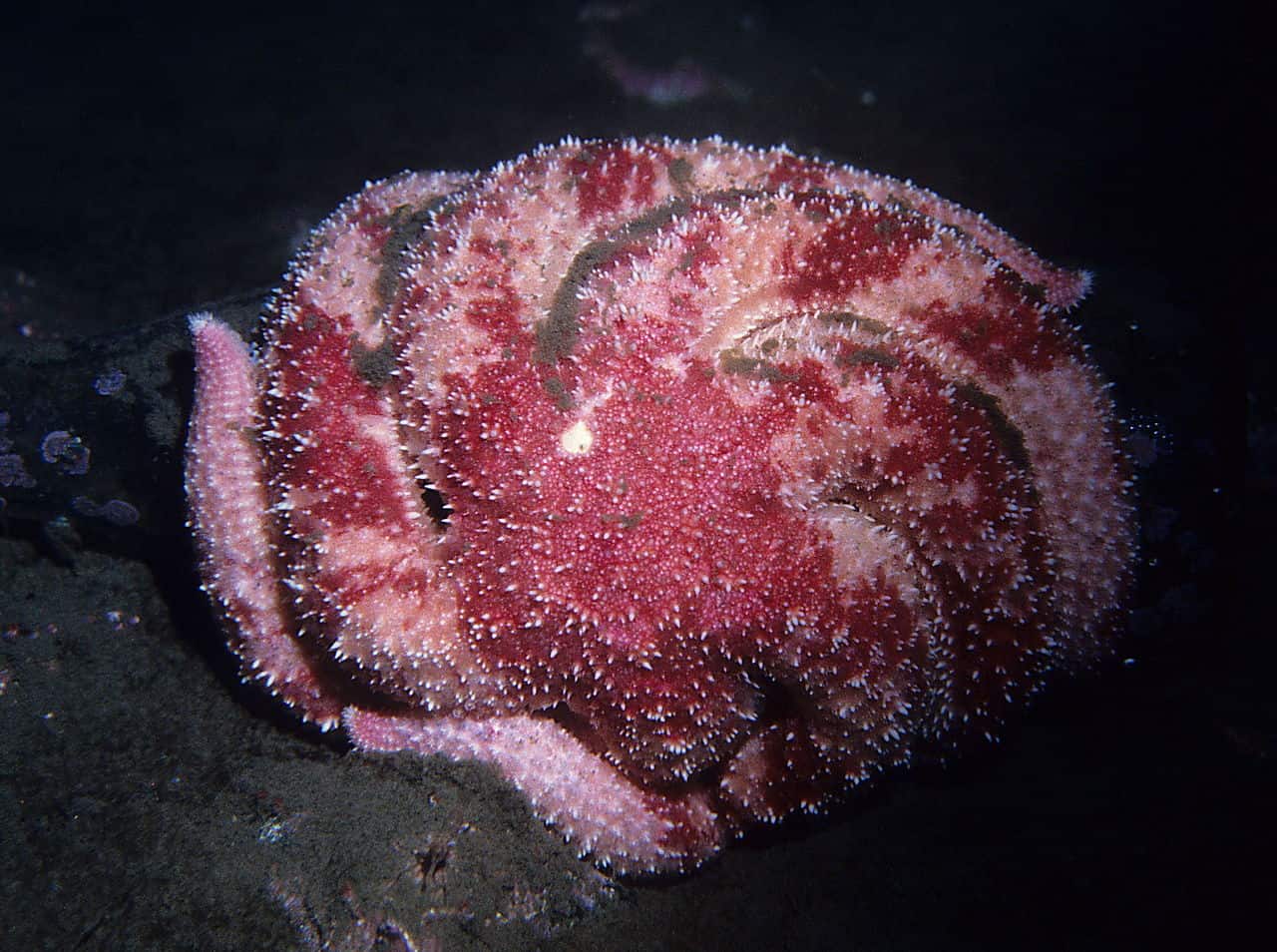 The Hudson Bay in the Churchill area is home to many ocean critters you might not usually associate with a subarctic climate. One of these is the polar six-rayed star, especially unique as it has 6 arms rather than the usual 5 most sea stars have. They can be spotted in the Hudson Bay’s bays beaches at low tide where they feed on mussels and other clams.  These star fish are also interesting as they are one of few sea star species that brood over their eggs. The mother star will brood over her eggs for 4 months, keeping them safe from predators, clean and healthy4. Seeing a six-rayed sea star is pretty neat on its own and seeing one in the subarctic is definitely something to remember!

Alright you got me, this one isn’t really a “critter”. Although I do think that in general that plants are underrated. They are often not even considered in the definition of “wildlife” even though they are wild and alive. With that in mind there’s no plant more worthy of this list in Churchill! Purple Saxifrage is the first flower to bloom in Churchill and is a welcome sight of vibrant purple in the early spring while everything else looks gray, brown, and bleak. This is one of the plants studied at the CNSC as a part of the International Tundra Experiment (ITEX)5. This project looks at the impacts of climate change on Arctic plants worldwide. This is especially relevant as the most dramatic impacts of climate change occur in the polar regions and consequently impose huge challenges for arctic plants and animals. Although Purple saxifrage is not a typical critter, hopefully this convinces you to rate plants highly along with your usual favorite animals! 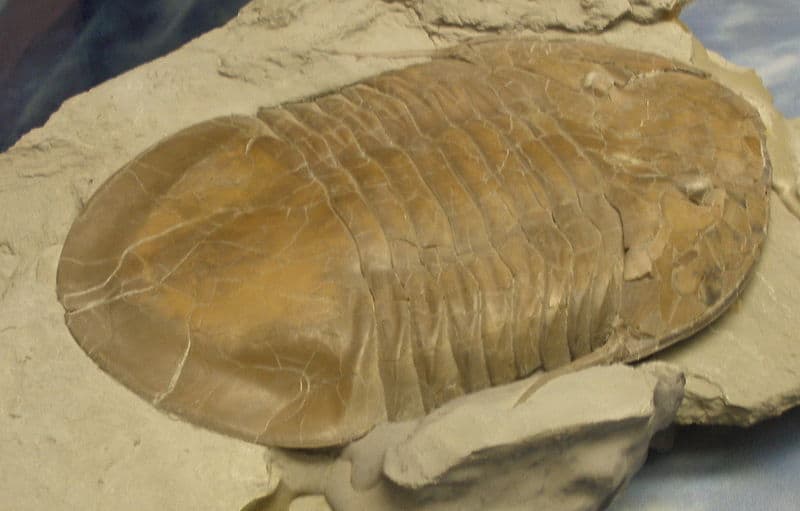 These prehistoric critters don’t currently live in Churchill, but 450 million years ago Churchill was crawling with them! Churchill is especially renowned for its high density of marine invertebrate fossils from this period. Back then, Churchill was tropical and covered in a shallow sea1. Two of the world’s three largest trilobites ever discovered have been found in Churchill. In 1984, Churchill resident Bill Erickson found a trilobite that was 42 cm in length1. At the time this was a huge discovery considering most trilobites in the world are 1-10cm long1. However, this trilobite was dwarfed in 1998 when a 70 cm long by 30 cm wide trilobite was discovered1! This is the largest trilobite in the world by far! Living creatures get all the love but there is certainly much to appreciate about Churchill’s prehistoric natural history. Be sure to keep an eye out for them if you ever get the chance to stroll along the beach in Churchill, as fossils can almost always be found.

My number 1 underrated critter is split between these closely related fish. These two species of stickleback have been confounding CNSC staff and researchers for years. They can be found throughout the shallow ponds that dominate the landscape here in the Hudson Bay lowlands. What is so puzzling is that these shallow ponds freeze completely solid in the winter. Yet these small, hearty, enigmatic fish emerge each spring, somehow unperturbed by the lack of liquid water for 8 months. Although the winters do certainly take their toll; many dead individuals wash up in the spring which can be seen feeding many migratory birds. However, some individuals seem to always pull through and can repopulate the lakes back to a level that they are able to survive another mass die off in the winter.

CNSC researchers have even put these fish to the test to see how these fish are able to pull off this amazing feat year after year. Fish were frozen in large tubs containing various depths of sediment to see if they are able to burrow in the sediment and escape freezing. None of the fish survived, so it remains a mystery that will continue to baffle CNSC science staff for years to come.