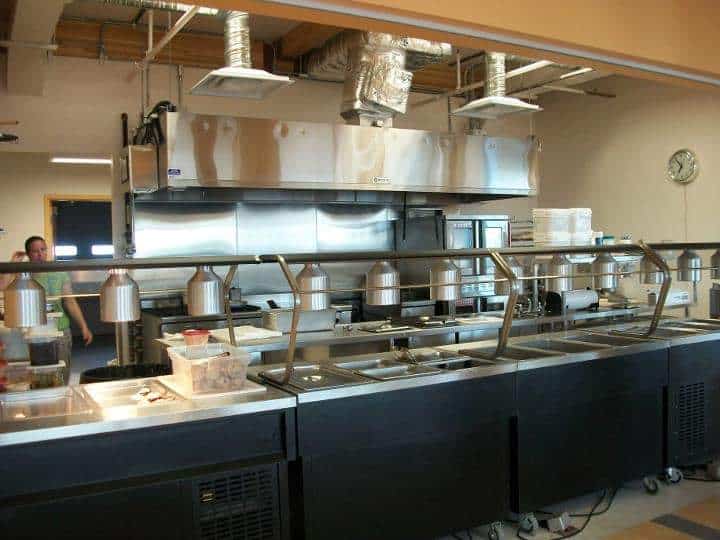 Hi, my name is Sarah and I first came to work at the CNSC in 2001. At that time, I worked in the old building. It was quite an adventure. I have met people from all over the world and the staff have always been amazing. I came back in 2002 for aurora season and didn’t come back until aurora season 2011. This was an exciting time as the new building was up and the finishing touches were being made. I came back in July 2011 and experienced the grand opening of the new building. What a dream kitchen compared to the old, dark one! Light does work wonders. 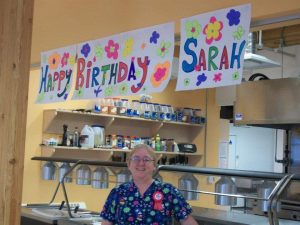 Feeling spoiled on my birthday.

The kitchen in the new building has very large windows in the dining room and it can seat up to 100 people. Having the right equipment is key and the highlights are the double convection oven where one can bake 20 dozen cookies at a time, the deep fryer, a large grill top, and two ovens. Expanded counter space and a heavy-duty mixer make life much easier. From 2011 to 2017, I was working in camps and road construction and finally returned to the CNSC during bear season in 2017, and again for 2018 bear season and 2019 aurora season. The CNSC is unique and welcoming and every time you leave you think you won’t return, but sooner or later it draws you back. From the staff that make you feel like family to the amazing guests to a great building where you can be in the kitchen prepping and see a polar bear out the window, each season is amazing. 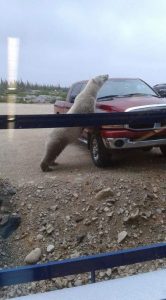 Bear outside the cafeteria window.