Edge of a frozen sea

The following history of Churchill, Manitoba, Canada is based on a publication by Parks Canada - "On the Edge of a Frozen Sea" by Robert Coutts.

Pre-Dorset and Dorset people (members of the "Arctic Small Tool Tradition") were the first inhabitants of the Churchill area, living a largely nomadic lifestyle. They lived in partly underground pit houses, summer tents and snowhouses, and hunted seals and caribou.

By 1000 AD, Thule people from the western arctic arrived, displacing the Dorset culture. This new group of people hunted marine animals, such as whales, seals and walrus, with harpoons. The present Inuit culture evolved from the Thule culture.

Athapascan-speaking Dene arrived in northern Manitoba from the west, beginning about 500 AD. The Chipewyan Dene lived in the central subarctic, inland from Hudson Bay. Barren-ground caribou made up a large part of their diet.

Before European contact, trade among the Cree, Dene and Inuit made up an important part of life in northern Manitoba, in terms of economics, politics and diplomacy. These age-old trading networks were later used in the fur trade, for the movement of European goods and technology throughout the continent.

1610 - Henry Hudson was the first explorer to venture into Hudson Bay. He arrived near the mouth of Rupert River on James Bay.

1612 - Sir Thomas Button was the first European to explore the western coast of Hudson Bay. A plaque commemorating Button is located southwest of Prince of Wales Fort.

1619 - Jens Munck, a Danish explorer, came in search of the elusive Northwest Passage to the spice-rich Orient. The Munck expedition wintered on the west peninsula of the Churchill river where 61 men died of scurvy and cold temperatures. Amazingly, Jens Munck and two others were able to sail back to Europe.

1770/71 - Samuel Hearne made his famous journey to the mouth of the Coppermine River.

Late 17th Century Conflict between England and France for Colonial Domination Late 17th Century explorers were attracted to the Hudson Bay area, not as a passage to Asia but as an area rich in fur-bearing animals such as beaver, fox, and marten. Beaver pelts (felted into fashionable hats) were in high demand in Europe at the time. The French and English realized the economic potential of the fur industry and were in competition for territorial control of the area. Rival traders periodically attacked the forts of their enemies. Native traders travelled huge distances in the summer to HBC posts on the Hudson Bay. Furs they had trapped through the winter were traded for guns, cloth, blankets and tools, as well as luxury items such as tobacco and brandy. York Factory was one of the busiest trading centres of all the bayside posts.

1684 - This post was first constructed on the north bank of the Hayes River and then rebuilt twice, in two locations due to flooding.

1686 - The Chevalier de Troyes from New France led an overland expedition to the bay and captured all but one of the HBC posts on western Hudson Bay.

1697 - Pierre Le Moyne Sieur d'Iberville (of New France) took over the fort once again in an exciting naval battle. The Fort remained in French control until 1713.

1713 - The Treaty of Utrecht was signed, returning all of the HBC posts (on Hudson and James Bay) to England.

1782 - Smallpox was carried north to Churchill during trade. It is estimated that one half to two thirds of the Cree population near York Factory died from the disease. Influenza and scarlet fever also devastated native populations.

1784 - The North West Company formed as a rival trading company and established posts inland throughout western Canada. In response, the HBC created an inland network of trading posts and York Factory became the major storage and supply depot.

1936 - The Fort was declared a National Historic Site.

1968 - York was turned over to the Federal government.

Present Time-Extensive archaeological investigations were conducted and remnants of many early buildings were discovered. As well, more than 200, 000 artifacts were collected. The depot building remains with traces of other early structures. An old cemetery contains the graves of Fort officers, servants and hunters. York Factory can only be reached by boat or charter aircraft.

1717 - James Knight of HBC constructed the "Churchill River Post" (renamed "Prince of Wales" in 1719) on the west bank of the Churchill river to protect the Company's interests.

1731 - Construction began on a massive stone fortress on Eskimo point and was not completed for another 40 years. It was built of local stone and meant to be impregnable with its 4-metre-thick walls and 40 cannon mounts.

1782 - Three French warships commanded by la Perouse took over the Fort without a single shot being fired. HBC's untrained labourers and tradesmen attempted to defend the fort but did not even know how to fire a cannon.

1934 - The Federal government sponsored partial reconstruction of the Fort, including its stone walls and interior ramparts. The restoration was continued in the 1950's after World War II ended.

Sloop Cove is located on the western peninsula, 4 km from the mouth of the Churchill River and about 2 km from Fort Prince of Wales. The Cove was used by HBC as a natural harbour for small vessels called "sloops". A rock in the harbour has the famous signature of the Arctic explorer Samuel Hearne. An 18th century HBC mooring site (now well above water level) provides one of the best examples of "isostatic rebound" (the rising of the land in response to glacial retreat.) Arrangements can be made with Parks Canada to visit the area.

A gun battery here, across the river from Fort Prince of Wales, was meant to complement the Fort's cannons. The area is a short distance from the Port of Churchill and is easily accessed by road.

Some of the most significant Pre-Dorset and Dorset sites in Canada are on the west side of the Churchill river. There are numerous tent rings, graves, caches and kayak rests and summer campsites from more than 3000 years ago.

Parks Canada has been actively involved in research and conservation of Churchill's historic sites. Further information on these historic sites (and on nearby Wapusk National Park - established in 1996) can be found at the Parks Canada Visitor Centre in Bayport Plaza

Itsanitaq Museum - In town you will find the Itsanitaq Museum that has been in operation for over 60 years. It had its origins in the residence of the local Catholic Bishop whose Diocese extends north from Churchill to Nunavut. If you are interested in Inuit art and history this is a must-see.

St. Paul's Anglican Church - as the first prefabricated building in North America this modest structure was recently designated a heritage site by the Province of Manitoba. Inside you will be able to see the beautiful stain glass window donated by Lady Jane Franklin (Sir John Franklin's wife) in gratitude to all the expeditions that searched for the whereabouts of her husband lost in a search for the Northwest Passage. 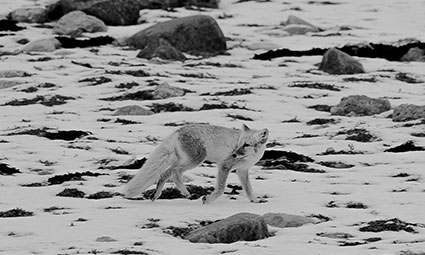 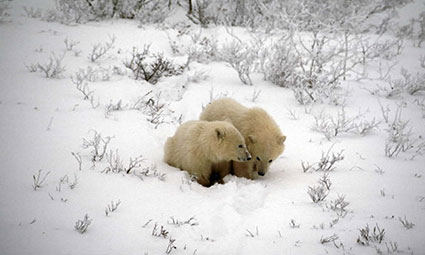 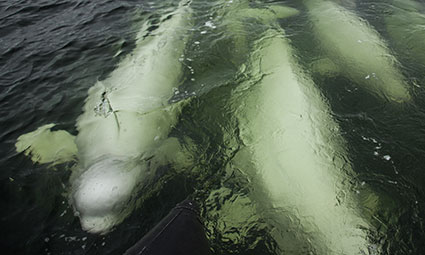 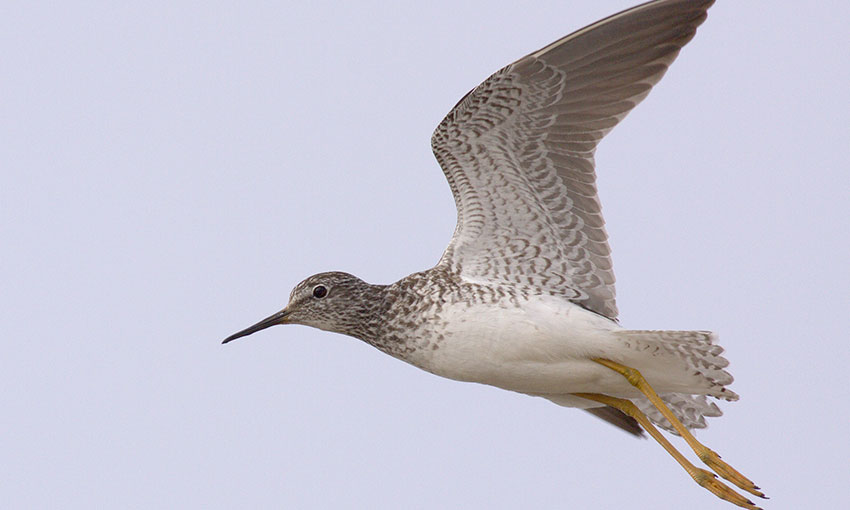 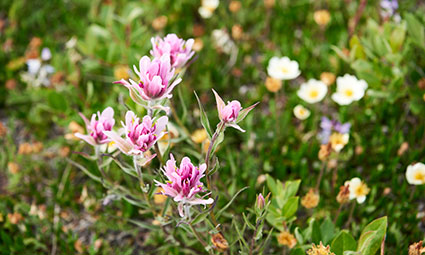 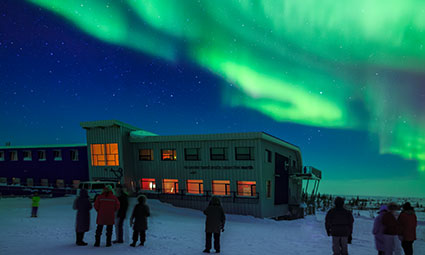 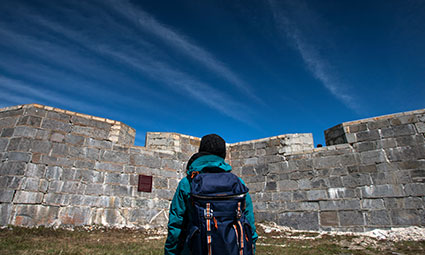 The History of Churchill