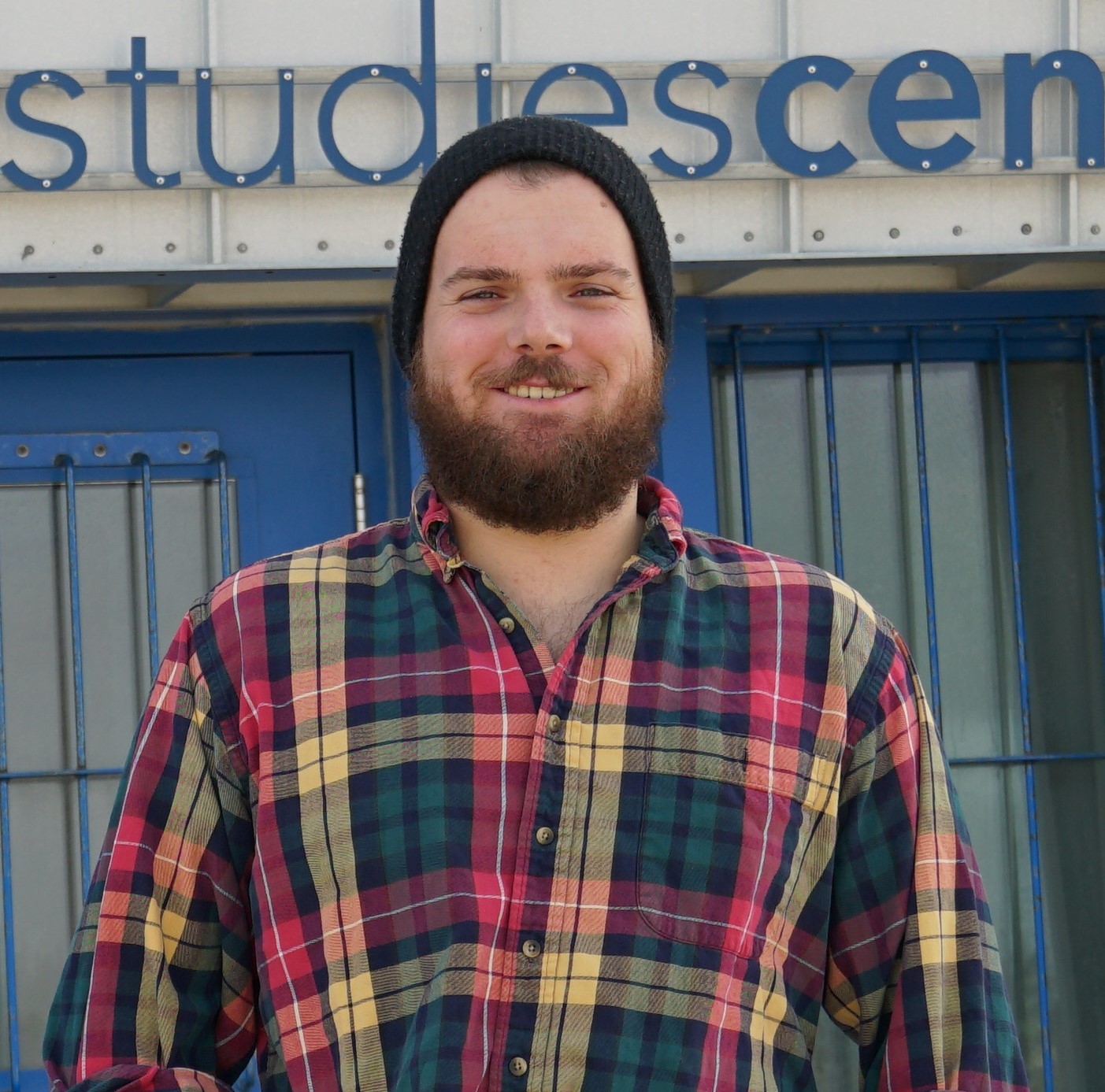 I am originally from Southern Ontario but have lived in many different regions and provinces throughout Canada. I graduated from the University of Waterloo with a B.A. in Sports Business and Tourism and have a remote tourism operations and logistics concentration. I am excited to bring my three years of remote tourism experience to the CNSC. This is my second time calling Churchill and the CNSC home, as in the fall of 2018 I was the administrative intern.

I love sports and the outdoors, and have a passion for fishing. I look forward to meeting everyone that comes through our doors here at the CNSC and I am excited to be back in Churchill! 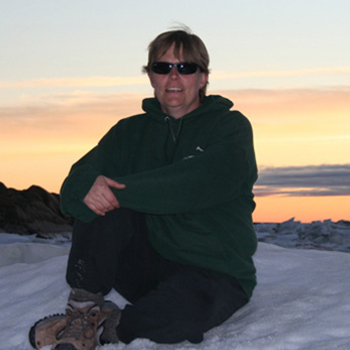 I was born and raised in Massachusetts and first came to Churchill in 1997 as an educator with the Great Bear Foundation of Missoula, Montana. After graduating from the University of Montana with a B.Sc. in Wildlife Biology in 1999, I conducted an independent research project on polar bear behaviour and tourism at Gordon Point and was a field biologist for the Born Free Foundation's Orphan Polar Bear Cub Project (1999-2009). I began working for the CNSC first as a volunteer in 2002 and then as a contract fundraiser. I have been in my current position as a Special Projects Assistant and Bookkeeper since 2007. In 2010 I became a dual citizen of the US and Canada. I live remotely in my cabin at Camp Nanuq (4 km west of the CNSC) and enjoy hunting, fishing, ice fishing, boating, snowmobiling, hiking, snow shoeing and live music. 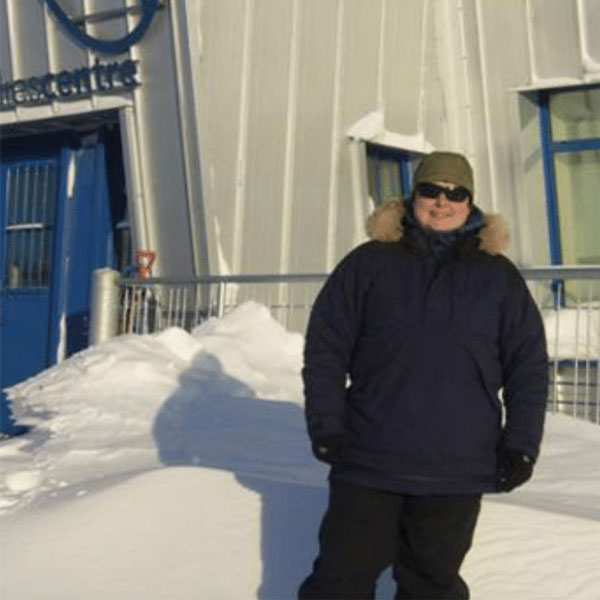 I am an environmental geochemist focusing on freshwater lake and pond water chemistry in arctic and subarctic regions. I live in Churchill, Manitoba full-time as the northern field research scientist on staff at the Centre. As the Scientific Coordinator, I provide a point of contact for researchers, execute scientific research under the auspices of the CNSC, coordinate contract research, participate in the teaching of both academic and general interest courses, and communicate current science issues to the general public. Prior to coming to the Centre, I received my Ph.D. from the University of Western Ontario in London, Ontario, Canada in 2002 conducting research at various locations throughout the High Arctic during graduate studies. In addition to being the Scientific Coordinator, I am an Adjunct Professor in the Department of Geography at the University of Winnipeg in Winnipeg, Manitoba where I teach and supervise students. 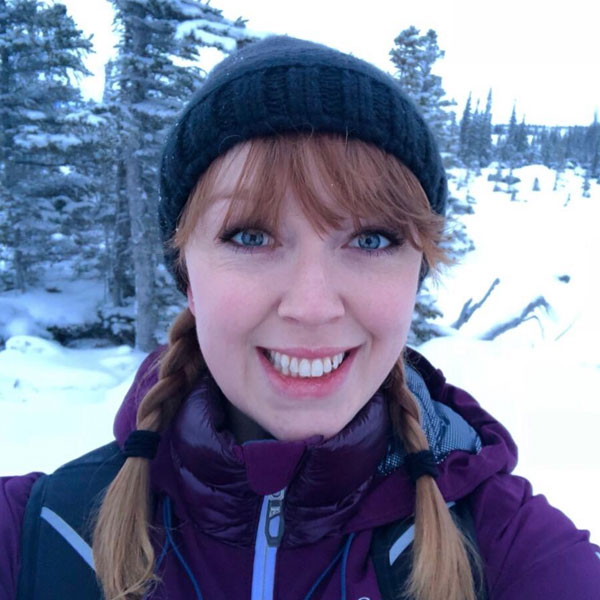 I am a wildlife biologist with a passion for physiology and population ecology. Growing up in the Niagara region of Ontario, a lot of my childhood was spent hiking and camping throughout Canada and the US. After graduating from Memorial University with a B.Sc in Marine Biology, I continued into post graduate work in Ecosystem Biodiversity and Zoology at the University of Toronto, and the University of Western Australia. My love of travel and wildlife has led me to research projects around the world; from harp seals in Canada, sharks and turtles in Australia, to wooly monkeys in Peru. A life-long student, I am always eager to learn new things, and I jumped at the opportunity to work in the subarctic. I am excited to experience a new level of biological field work here in Churchill, MB 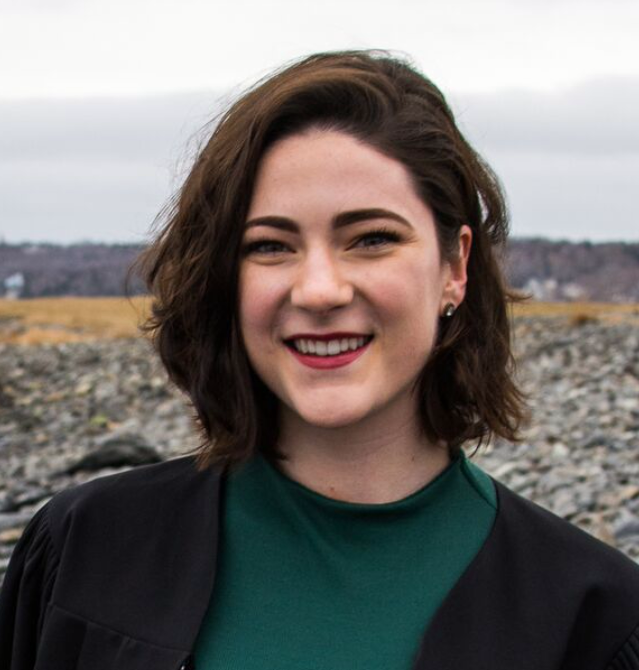 I am originally from Prince Edward Island and grew up exploring every corner of the East coast. My love of nature and the outdoors sparked my interest in conservation and environmental science. I have BScH from Acadia University, and recently completed a Masters of Resource and Environmental Management at Dalhousie University in Halifax, Nova Scotia.

I have worked at remote biological field stations from coast to coast and have fallen in love with every species and ecosystem I encounter. I am already captivated with the North and cannot wait to continue supporting and conducting research in the Canadian subarctic. 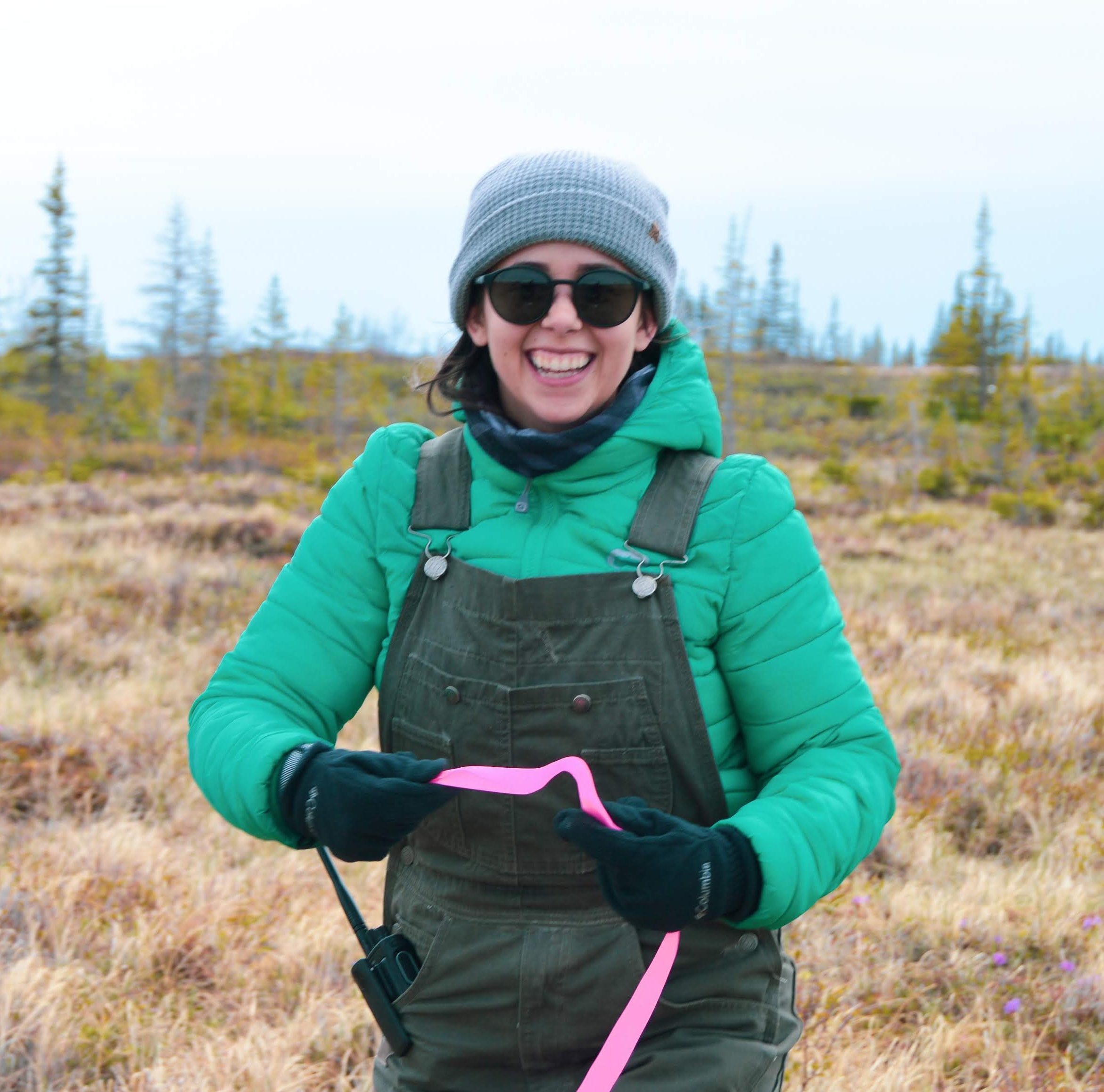 Originally from Central Ontario, I spent most of my childhood camping and exploring the Georgian Bay region where I found a passion for the natural world. I graduated from the University of Ottawa with a Bachelors of Arts in a bilingual program of Geography and Environmental Studies, and from Fleming College with a Diploma in Ecosystem Management Technology. I have previous experience working for Killarney Provincial Park, the Experimental Lakes Area, and the National Capital Commission. As a research technician and passionate environmentalist and I hope to effectively communicate and engage with the public on issues regarding climate change, polar geography, and arctic conservation. I also hope to inspire others to reconnect with nature and learn more about Churchill and the Hudson Bay Lowlands. In my free time I enjoy getting outside, painting, and playing Dungeons and Dragons. 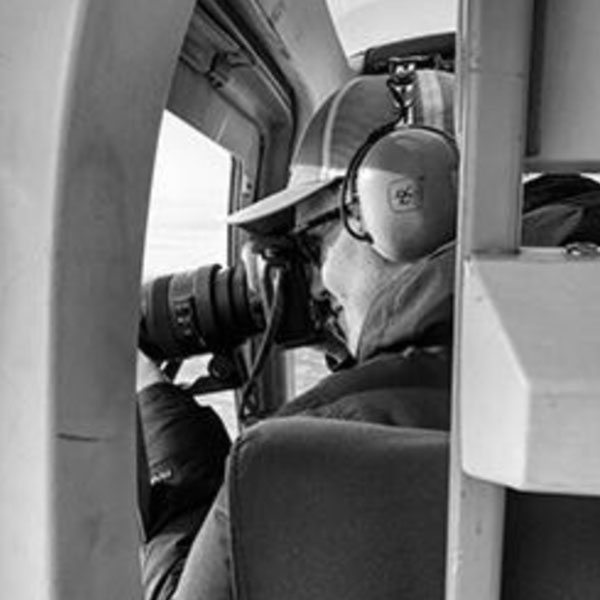 I was born and raised in Winnipeg, MB and grew up playing hockey in the winter, and getting outside in the summer. I have a background in Human Rights and Conflict Resolution from the University of Winnipeg. I am an enthusiast of all things photography, and am keen to get out on my bike whenever I can. I love working with young people, and am a huge believer in experiential learning. Previously, I spent three years with the Winnipeg Jets True North Youth Foundation, had many summers as a camp counsellor, and worked as a Research Assistant at Global College at the University of Winnipeg. I’m excited to share my love of Churchill with the world,and hope to facilitate as many learning opportunities as possible for everyone who comes to visit. 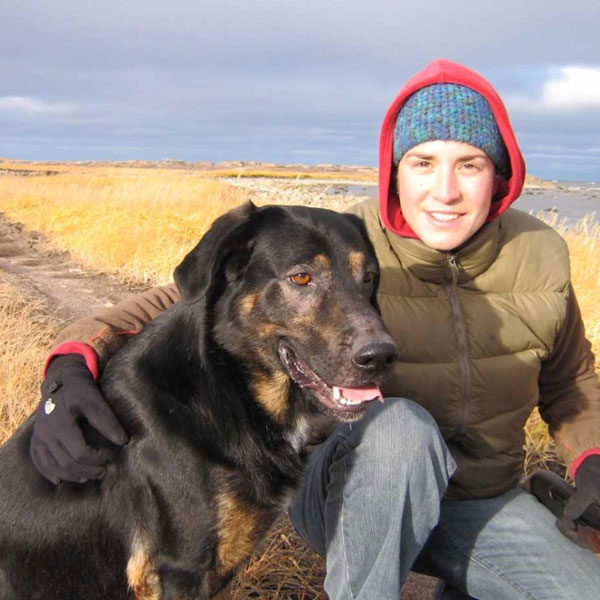 I first came to Churchill in the spring of 2000 to work at the Churchill Northern Studies Centre as the Program Coordinator. I was lucky enough to participate in a Polar Bear Behavior research project with Kim Daley (2002-2004) and spent two summers as the Summer Research Technician (2003-2004). By late 2004, I officially became a Churchill resident when my partner Matt and I purchased a small remote cabin at Spruce Ridge (about 6km West of the CNSC). In 2006, I completed my Bachelor͛s degree and became the Full Time Research Technician at the CNSC. It was an exciting time to be working here, as the plans for the new building were truly becoming a reality. After the Grand Opening of the new CNSC facility (2011), I took a small hiatus from Churchill to live in Thompson, Manitoba. Over the course of the following 5 years I completed an Apprenticeship Program, was awarded a Red Seal as a Power Electrician and started a Family. After my son Mason was born, we wanted more than anything to raise him in the North, so I am very pleased to have been given the opportunity to return to the CNSC as Assistant Maintenance Supervisor/Rocket Green Manager. 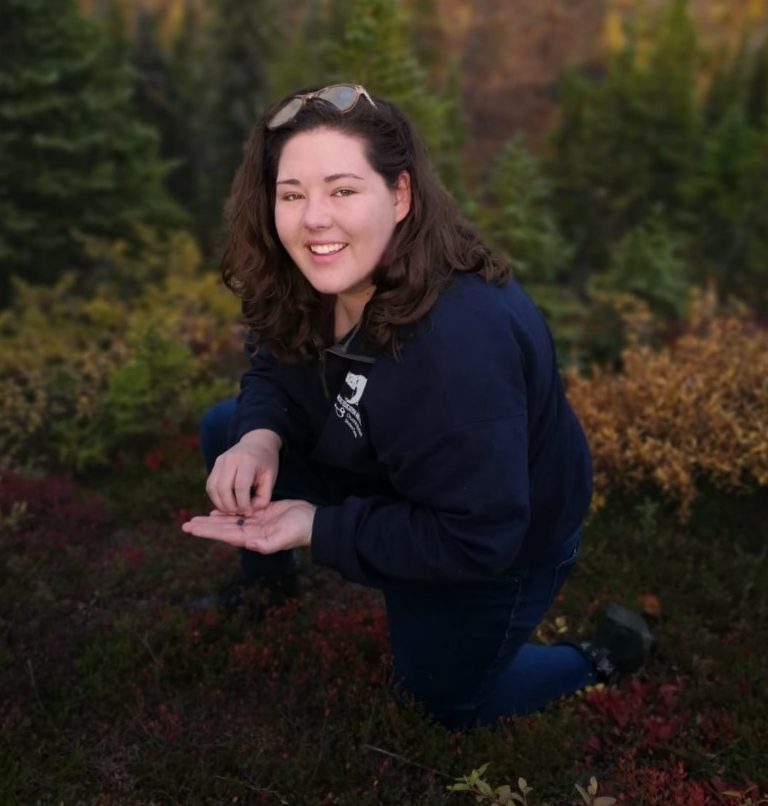 Hello everyone, I am the sustainability intern here at the CNSC. I am a new grad from the University of British Columbia, and I have a bachelor’s in science majoring in Biology. I originate from Kelowna BC and adore sustainability, ecology, gardening, and design (visual arts). I am very excited to work and learn with the CNCS about sustainable practices and how applicable they are, not only in the rural community of Churchill but also how they can be applied to larger communities such as Kelowna. I am super eager to test the limits and boundaries of hydroponics and see what this new age agricultural practise can do. 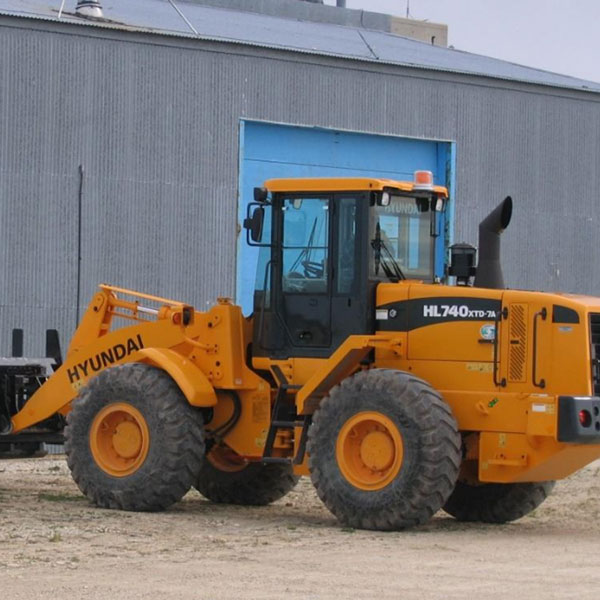 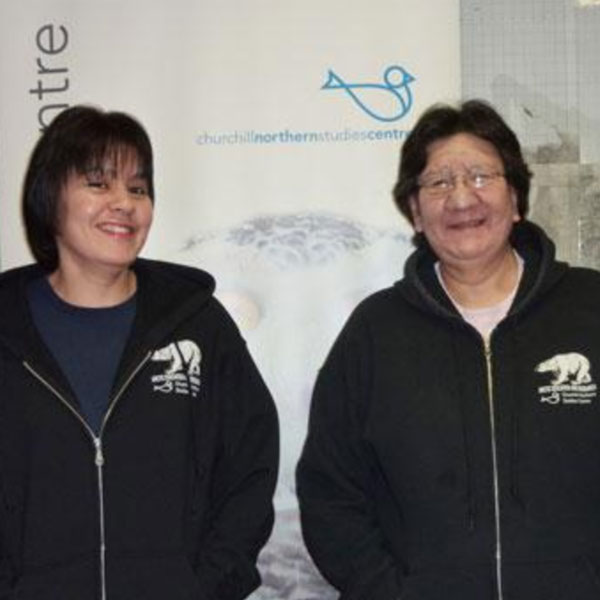 Patsy Neepin and Sharon Yassie make up the (very important!) housekeeping staff at the CNSC. Patsy was a cleaner for VIA rail and joined the CNSC in June 2010. Sharon had worked at the Aurora Inn for 13 years before joining the staff in June 2011. Both enjoy meeting the guests and volunteers from all over the world. Both Patsy and Sharon were born and raised in the community of Churchill. Sharon likes to travel when possible, so working at the CNSC is a good fit with being frequently surrounded by all those worldly guests! Patsy enjoys music and also walking, especially with her two dogs. She also likes to get out for an occasional night of Bingo fun with the staff and volunteers. Both of them are also great models for the CNSC black zippered hoodies!

Our Board of Directors